Arriving in a new country takes a great deal of perseverance, but after – sometimes years of – oppression refugees often display tremendous resilience. Suppressed energy makes way for new expectations for the future, dreams and the determination to build a new life. But does our current system encourage this vitality or rather frustrate it? When does someone stop being a refugee? And how can art play a role in stimulating newcomers’ potential? What can we, or art, do within this system?

About Carnival of the Oppressed Feelings

On Saturday, October 28 2017, the Carnival of the Oppressed Feelings filled Amsterdam’s streets with a motley parade of newcomers, artists, organizations and other stakeholders. With this performative demonstration artist Gluklya (Natalia Pershina-Yakimanskaya), in cooperation with TAAK, wanted to make a strong statement welcoming newcomers and simultaneously give them a voice in the public domain. Specially designed costumes symbolized the fears and frustrations migrants experience in a new, foreign country, making the carnival an outlet for oppressed emotions.

Click here to view a teaser trailer of Carnival of the Oppressed Feelings.

Carnival of the Oppressed Feelings was the result of a series of workshops Gluklya organized with refugees in her studio at Lola Lik, a hub in the former Bijlmer prison, situated next to refugee center AZC Wenckebachweg. These were followed by the 5 Day Program at Lola Lik’s Temporary Museum, in which both migrants and experts participated in an interdisciplinary dialogue on (contemporary) migration. The purpose of this program was to define, elaborate and provide context for the five themes that served as points of departure.

However, it wasn’t just these organized events that gave the carnival content. Gluklya’s constant presence at her studio in Lola Lik generated new knowledge as well. She consciously committed herself to a place where migrants and creatives gathered, not only to be able to act and cooperate quickly and on a one-to-one basis, but also to engage in participant observation.

Looking back on the two-year research project we found that the project’s development paralleled the process newcomers have to go through on arriving in a foreign country; it mirrored the (institutional) pace migrants are forced to conform to.

1. At the beginning of 2017 Gluklya established her studio at Lola Lik. At the same time large numbers of refugees arrived at the refugee center nearby. Slowly but steadily they wade through the myriad rules and regulations the Dutch system imposes on them. Their first priority is to learn the Dutch language, so they can find a job as quickly as possible after completing their asylum procedure.

In order to offer variety in this complicated journey a series of workshops entitled Language of Fragility took place. The literal meaning of Dutch words was reviewed; associations refugees had with their own language on hearing Dutch words was the point of departure. Words that sound similar in both languages but differ in meaning were drawn next to each other and later presented at various moments.

2. Many refugees develop the need to venture beyond the walls of their residence in order to understand how Dutch society functions. They want to put the things they have learnt into context and explain and clarify any problems they encounter.

This gave rise to the 5 Day Program. Problems were defined and discussed from different perspectives in order to create new knowledge eventually. The problems were categorized into five themes, which were presented during the carnival later.

3. Carnival of the Oppressed Feelings served as an outlet for the complex emotions refugees have to deal with. Many of them struggle with long-suppressed fears and frustrations. Families have been torn apart, people are traumatized and opportunities to continue their careers are limited.

4. Many refugees are starting to find their way. When this happens, they dare to imagine a future again and start to pursue ideals. Iranian professor of Diversity and Integration Halleh Ghorashi describes this special resilience in a guest blog at the Platform Integration & Society’s website thus:

“Research shows that the chance of a new life unleashes many dreams in refugees. Many refugees say that after years of oppression they dare to dream again. It’s as if a spring that has been pressed down for years is suddenly released. As a society we should ensure that this released energy is channeled into resilience instead of frustration.”

Halleh Ghorashi’s vision became the starting point for an in-depth debate aimed at defining opportunities instead of impossibilities. Experts formulated a statement on this and on December 14, 2017 they engaged in a debate in the Tuinzaal of the Tolhuistuin in Amsterdam with each other and the audience on how society can create a positive environment for refugees so they can flourish and become part of this society.

This evening was entitled Play Back Talk Back #1 – Post Carnival of the Oppressed Feelings. The program kicked off with the launch of the film made about Carnival of the Oppressed Feelings and a Q&A with artist Gluklya, followed by the public debate with keynote speakers Charles Esche (director of the Van Abbemuseum), Ehsan Fardjadniya (artist), Erik Hagoort (author and theoretician) and moderator Maral Noshad Sharifi. 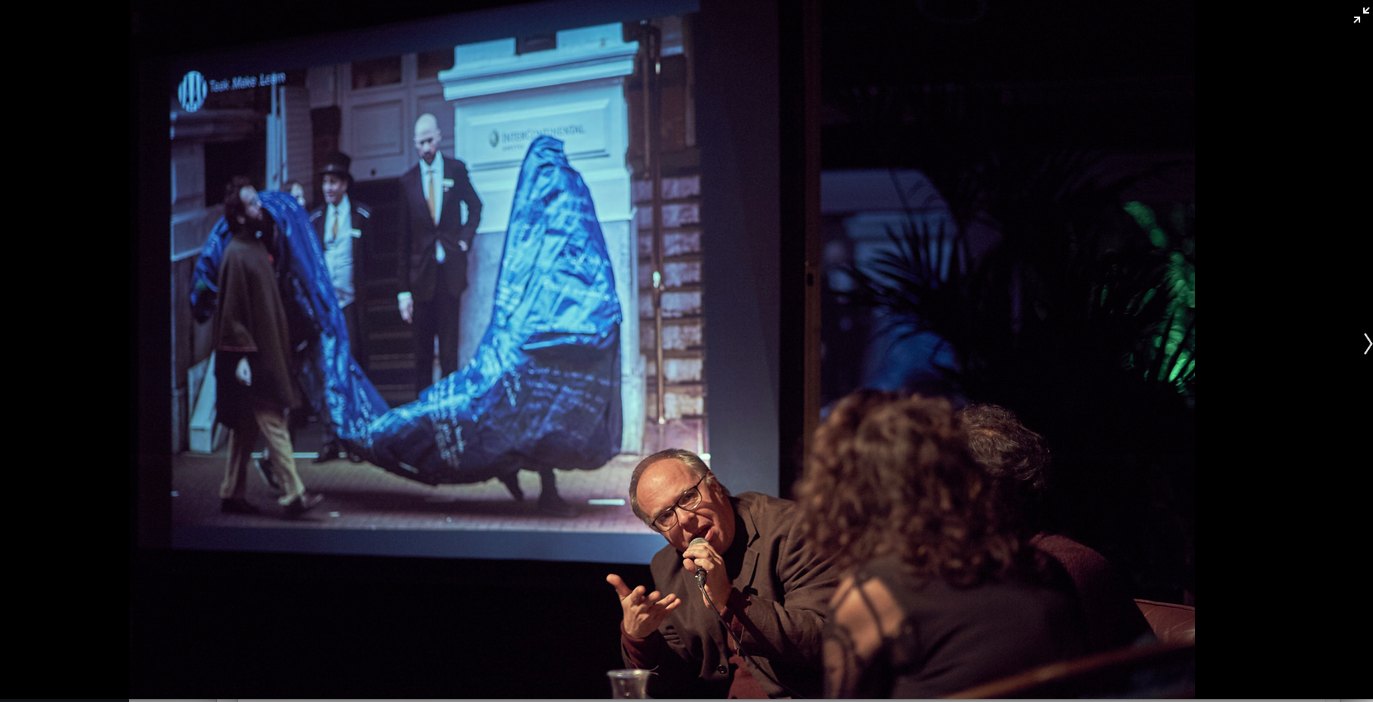 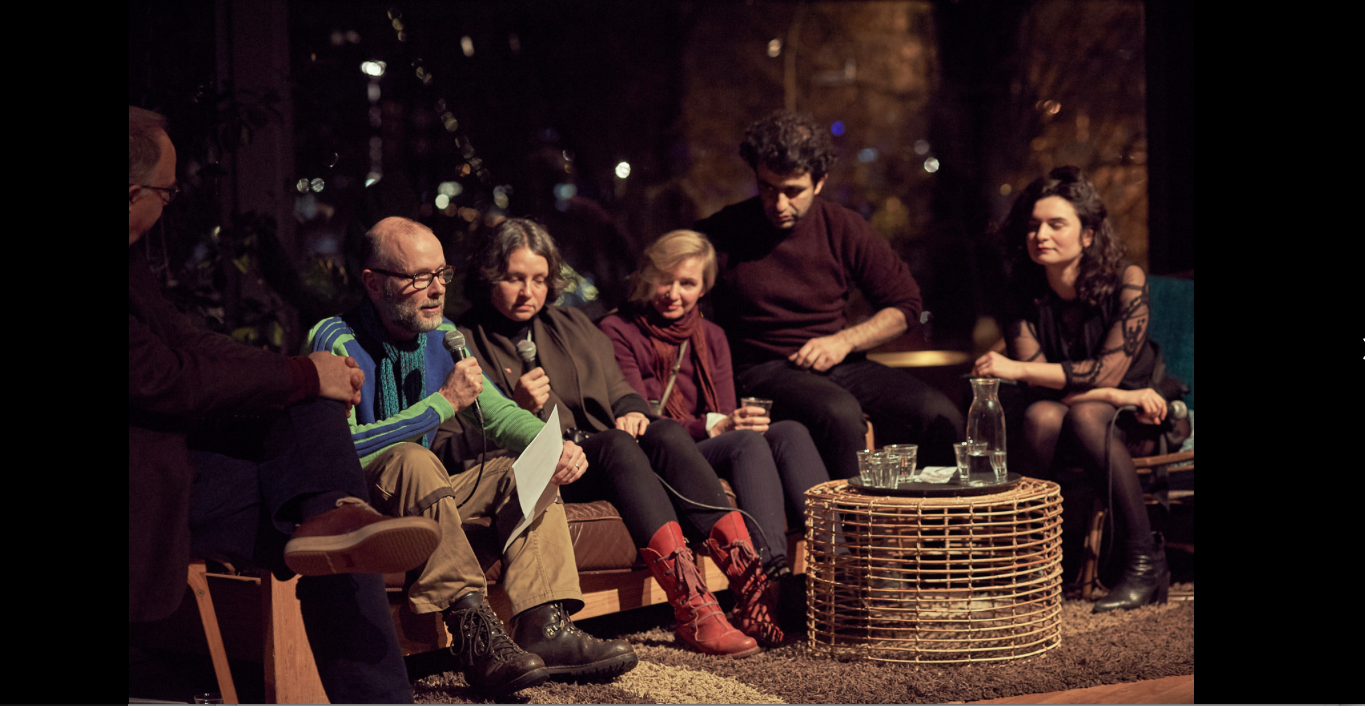 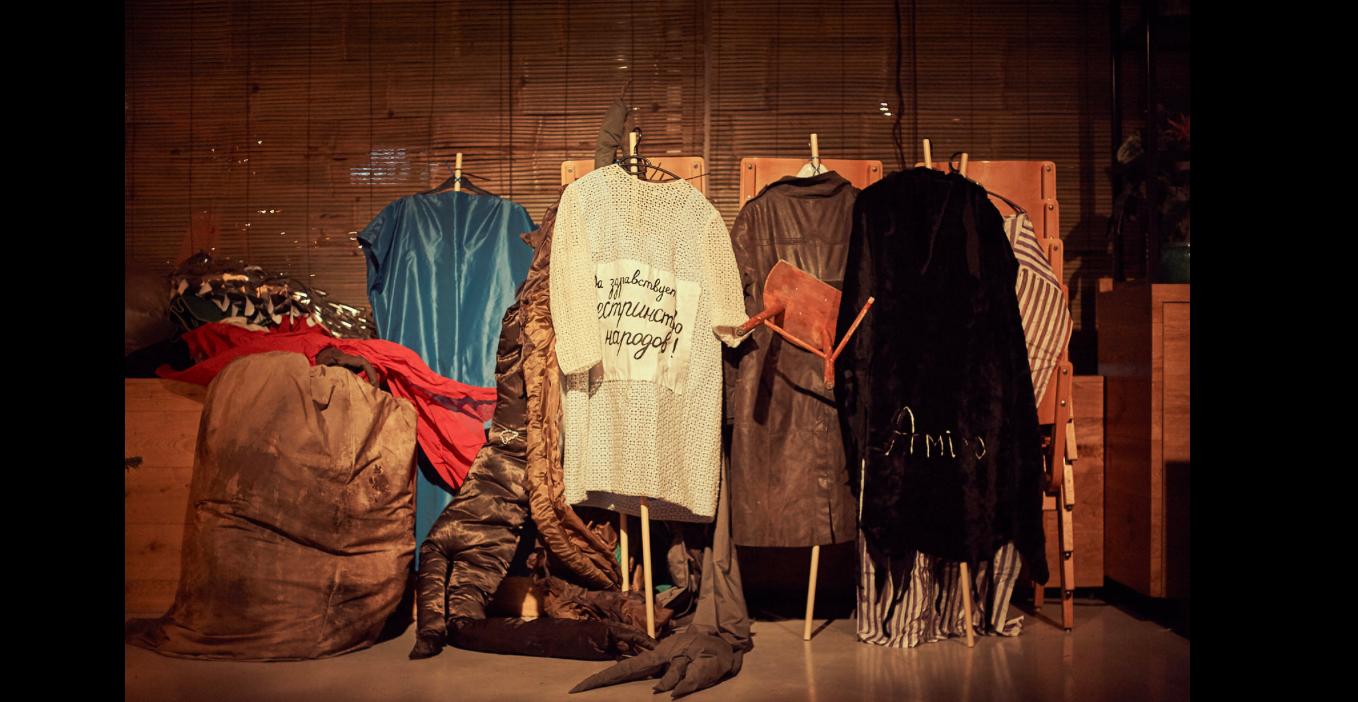 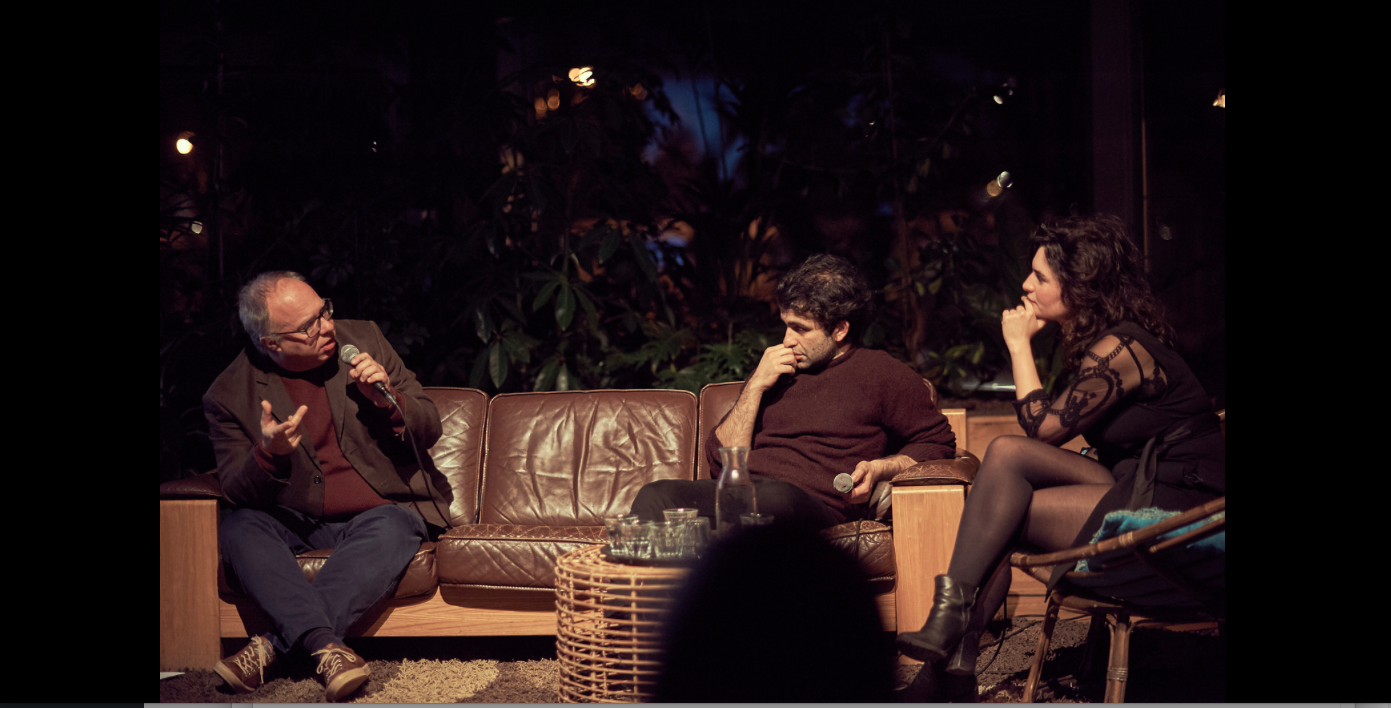