Carnival of the Oppressed Feelings

Performative demonstration from the former prison Bijlmerbajes to Dam Square.

Join and help refugees be heard!

Take a look at the teaser video made by Yulia Ratman

Photo's of the march can be viewed on Flickr.

On Saturday, October 28, 2017 the Carnival of the Oppressed Feelings will fill the streets of Amsterdam. This performative march, initiated by Russian artist Gluklya and TAAK brings together refugees housed in the center for asylum seekers at the former prison Bijlmerbajes, artists and everyone who feels involved, in a grotesque carnival.

The Carnival of the Oppressed Feelings resulted from a series of workshops and meetings Gluklya had with refugees in her studio in Lola Lik, a creative hub in the former prison Bijlmerbajes, situated next to AZC Wenckebachweg. These sessions where aimed at trying to find new visual forms of expression for emotions which are difficult to convey because of language barriers. During the preparations for the festival, costumes, masks, music and objects were developed, expressing fear, vulnerability, loneliness and what it feels like to live in a former prison. With this carnival, we do not only want to make a powerful statement about welcoming refugees, but also give refugees a face and a voice in the public domain.

The march is all about meeting the unknown, something which is often related to facing fears. And what ritual is more appropriate for driving away our demons and monsters than a carnival? All applicable rules and conventions are suspended and everyone is both spectator and participant. The march pivots around five (poetic) political parties acting as metaphors for the 'monsters' refugees encounter during integration. Among the elaborately attired participants are: The Potato Eaters Party, The Monsters Party, The Language of Fragility Party, The Recycling Prison Party and The Spirits of History Party. By magnifying how we deal with vulnerability and trauma in society, Gluklya holds up a mirror to us all.

We will start at 1 pm at Lola Lik, the cultural hub at the former Bijlmerbajes (so not at the AZC as written earlier!). Robert Steijn will perform the Snake Dancehere. After this, we walk in the direction of the Dam. Along the route, Khalid Jone, spokesman of We Are Here, activist group of undocumented refugees, will give a speech about human rights in front of the Rembrandt Tower. At the Amstelhotel we will stop for a rebellious performance of the Iranian – Dutch artist Ehsan Fardjadniya. At the town hall Jahkini Bisselink, finalist at the youth representation of the UN will give a short speach. Sociologist Diliara Valeeva will speak in front of De Correspondent about the importance of critical journalism, and there will be a speech by Erik Hagoort about Spinoza’s philosophy at the Spinoza monument. Finally, we will end at the Dam square where the Manifesto of the Utopian Unemployment Union of Amsterdam is presented.

Join and help refugees be heard! Do you want to get dressed in one of the costumes that are made especially for the carnival, please mail to info@taak.me. You are also more then welcome to dress in your own ‘demonstration outfit’. Wearing your normal outfit is fine too of course, but please bring stuff to make noise: pots, pans and spoons. You can sign up at the facebook event. For any questions: info@taak.me

Russian artist Gluklya (Natalia Pershina-Yakimanskaya), now residing in Amsterdam, is a member of Chto Delat and co-founder of The Factory of Found Clothes (FFC). Since 2002 she has worked with refugees and other vulnerable groups and she has developed methods for jointly making conceptual clothing which communicate an emotional state. She is also founder of the Utopian Unemployment Union of Amsterdam, a collaboration of migrants, artists and institutes developing models for artistic production at the cutting edge of art, economics, pedagogy, social sciences and activism.

Utopian Unemployment Union was made possible through the support of Mondriaan Fonds, Prins Bernhard Cultuurfonds and the Amsterdams Fonds voor de Kunst.

And everybody else joining in this project! 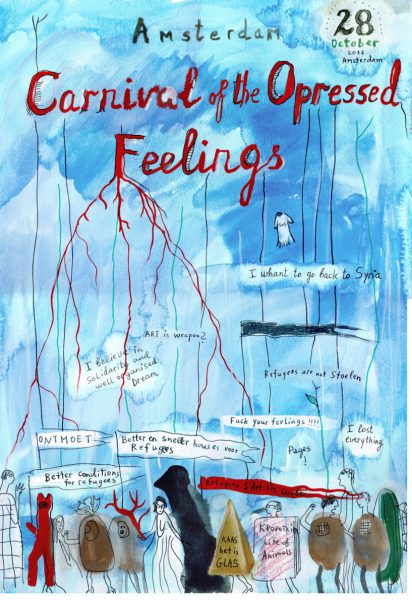 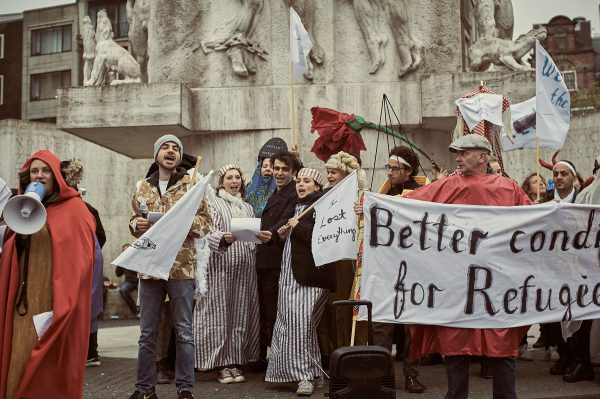 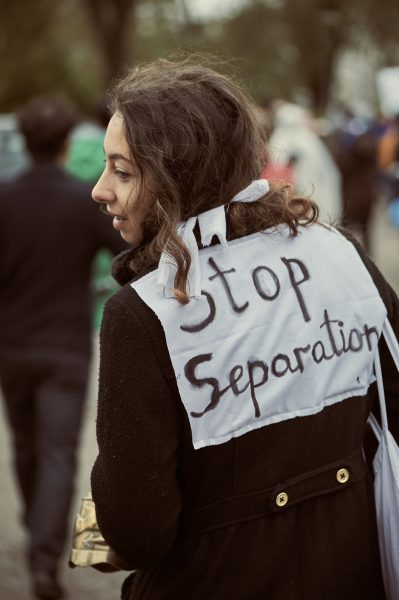 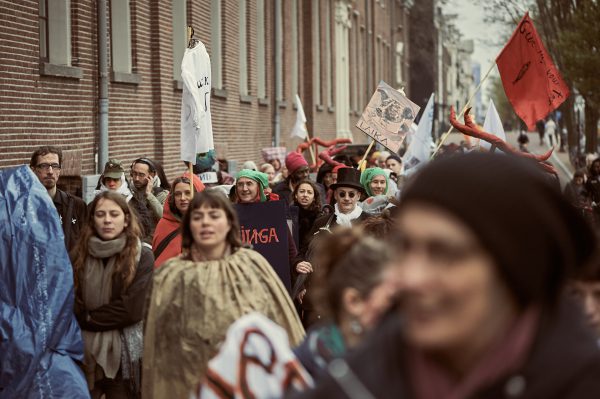