In collaboration with TAAK and the association Public Art Amsterdam, artists Bik Van der Pol developed the artistic research project Don’t Fence Me In in 2020-2021. This research responded to the removal of a work of art by Peter Struycken from De Nederlandsche Bank (DNB) in Amsterdam, which had to make way to create a more transparent appearance of the building. The fencing to which the artwork is attached would supposedly become redundant, because of the relocation of the banknotes and gold-stock from DNB to Zeist.

After the successful pilot Pay Attention Please! in 2018, the association Public Art Amsterdam asked TAAK to take the helm of new projects, including Don’t Fence Me In. The program of 2020-2021 drew attention to questions surrounding the growing demand for visibility and transparency, which increasingly determines not only the public domain but also the private sphere. In 1990, French-Antillean author, poet, and literary critic Édouard Glissant called for the right to opacity. The right to opacity is the right to not be fully known, and is therefore relevant to contemporary issues of public surveillance and data collection.

Bik Van der Pol developed Don’t Fence Me In with support from the Mondriaan Fund. The removal of the fencing at DNB clearly reveals the dilemma of concealment and disclosure. Institutions are expected to be transparent and open, and this applies equally to DNB, being the supervisory authority of other financial institutions and the monetary value. Peter Struyken’s artwork questioned this transparency. Bik Van der Pol asks: Why does the bank want to be more ‘transparent?’ What is the strategy of transparency, and why? What is public knowledge, what is capital and value? Is it gold, or rather the algorithms that determine the course of trade, online data, visible and invisible data transfers, transactions, and transport? What happens when the institutional focus shifts from money as capital to humans as capital?

Don’t Fence Me In regards the building site of the iconic bank-in-transition as an object to research past and present, to analyze social-political processes, to start a dialogue with the audience, and to envision possible scenarios for the future – departing from the question what transparency and visibility mean for DNB, the arts, and society. The study of literature and archives, as well as location visits, film experiments and conversations with people involved were part of the artistic research of the artists.

Bik Van der Pol creates location-specific situations, conditions for encounters, and collective processes that are based on an equal exchange between diverse audiences. Read more about the artists. 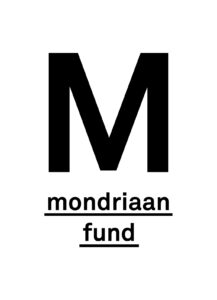 Don't Fence Me In is made possible by the Mondriaan Fund. 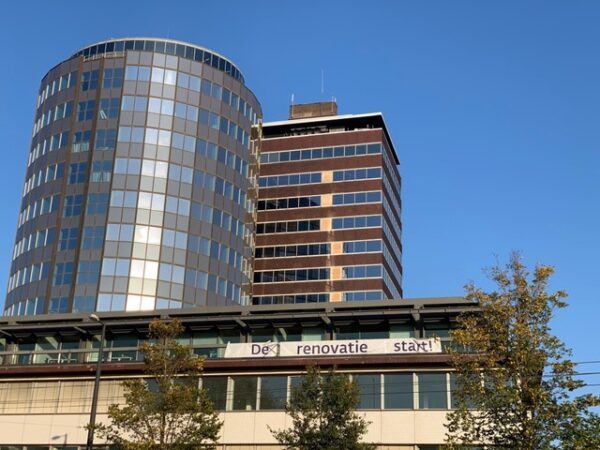