Trauma is defined as "a deeply distressing or disturbing experience".

There is acute trauma – caused by a single incident.

On May 14th, in Hoorn, potato grower Astrid Francis pulled her truck next to the parking lot of supermarket DEEN with six thousand kilograms of her own potatoes. “I've been angry for a while,” says Astrid Francis heatedly, but passionately. “The barns are full of good quality potatoes, but the farmers are currently getting 1 cent per kilo and the potatoes are destined for animal feed instead of chips.” (Source)

There is also chronic trauma – repeated or prolonged.

On June 27th, a large green truck was parked at the NDSM wharf, in the up and coming neighborhood in the North of Amsterdam which is seeing accelerated development and rampant gentrification taking it over. A mix of “you’re allowed to graffiti here” signs are sprinkled all around the area, marking where one is encouraged to exercise their spray can technique and their “urban creativity”. There’s that, there is designated space for abandoned art interventions, there are large halls meant for events and fairs put on hold, there are construction sites to the left of the ferry taking you there and in front of it, and then there’s the large green truck carrying a few thousand kilograms of potatoes, the result of production which couldn’t anticipate the 2020 pandemic.

The potatoes are dropped in the parking lot, in two distinct piles, reminding one of small-scale mountains. The piles come with a story. They tell of how we produce and how we consume in our current economic system and how that balance, which was never truly anything else than precarious, can tip over into being unsustainable.

“As we speak, the warehouses of Dutch potato farmers are crammed with potato surpluses. Due to the loss of demand from horeca, festivals and exports, our delicious potatoes are currently facing the threat of being processed into biogas or animal feed. As a result, farmers are often forced to sell their potatoes at a rate far below the regular price. This is not even to mention the hundreds of thousands of pounds of perfectly edible food that are being wasted.” This was the mission statement of the Aardappelberg initiative.

The Aardappelberg on NDSM is one of 17 similar mountains scattered across the whole of the Netherlands, offered at a discount rate. It’s a performative embodiment of overproduction. One can sign up, reserve, pre-pay and be assisted in using a shovel to fill their bags with tens of kilograms of unused produce. A shovel. Have you ever maneuvered produce with a shovel? As I do that I look towards the children climbing up on top of the Potato Mountain, looking from their vantage point for the perfect individual potato to carry home.

The Potato mountain brought me to the Van Gogh museum. If you’ve lived in Amsterdam you might have heard of it. You might have even visited it, but in reality, the fact that it exists is simply that – a fact. It’s not really a destination, or anything in the realm of the everyday. Which might come as a funny surprise to most visiting Amsterdam, but it’s the interesting development that was brought about by decades of increased security measures, focus on tourism and hyper marketization. It’s an ironic symbol of monetising culture to the point of eliminating its meaning beyond just the aesthetic. And it might very well become a destination for locals again now that the entire world has slowed down.

The night before visiting it, I boiled one of the potatoes that I had picked up at NDSM and stuffed it into my coat pocket. The potato would lay heavy in my coat pocket as I’d make my way to the first floor, in search of Van Gogh’s The Potato Eaters, an 82 by 114cm oil on canvas piece which is unlike any of the ones that are usually associated with the painter – variations of browns (rather than pops of bright colour), dark, crowded, intimate.

Van Gogh painted The Potato Eaters in 1885, in Nuenen, somewhere not too far from Eindhoven, in the South of the Netherlands, illustrating the harsh conditions of land labourers, but also their direct connection to the food supply chain at the time.

The characters, five in total, are gathered around the dinner table in Van Gogh’s portrayal. By looking at them you can deduce that they have seen the full process that brought them their food for the night: boiled potatoes. Hinting to the not fully closed nature of their economic system at the time, they serve coffee as a side to the potatoes. Which would either be a variation of cheap chicory coffee, or an acknowledgement of Dutch colonial reach, since the Netherlands has nowhere near the fitting climate for the growing of coffee plants. Van Gogh wanted to show in the way he depicted the potato eaters that they “have tilled the earth themselves with these hands they are putting in the dish... that they have thus honestly earned their food”.

135 years after Van Gogh, on her Youtube channel, Li Ziqi posts “You wouldn’t expect that today’s video is called The Life of Potato!", a video which, at the date of posting, has amassed over 11 million views on the platform. Li Ziqi is a Chinese food and country-life blogger, entrepreneur, and internet celebrity. She is known for creating food and handicraft preparation videos in her hometown of rural Pingwu, Mianyang, Sichuan, often from basic ingredients and tools using traditional Chinese techniques.

Ziqi unravels the steps of prepping, planting, harvesting, cleaning and cooking in a myriad of ways of the same individual item – the potato.

While the process is a straightforward one, given the nature of her audience – overworked millennials consuming content on social media under quarantine – the video goes into creating dozens of variations of dishes, in eye popping colors (contrasts of greens and reds and purples) which she works on making in an extended and very much ASMR process. An intricate depiction of authenticity made to alleviate the love of the land of a global generation that was mostly born in the city.

And then, at the end of it all, there’s complex trauma – defined as the exposure to varied and multiple traumatic events, often of an invasive, interpersonal nature.

On June 25th, for the first time after the pandemic hit, I travelled by train from Amsterdam to Hoorn, mask on, adjusting to post-lockdown life. My first meal on this outing: a small mountain of French fries, a side of mayonnaise, a beer. For the first time in a long time, inserting myself back into economic life had meant visiting a fast food joint and acting casual as I cleaned my hands with disinfectant gel from a small bottle hidden behind the menu on the table.

Later that evening, on the way home, I started to feel sick. I took a bus towards my final destination in Amsterdam and around Eerste van Swindenstraat I started to feel nauseous, feverish, unable to bring myself to breathe properly under my mask. I hastily pushed the button on the bus which signaled the bus driver to stop, ran across the street shaking, dropped the whole weight of my body on the sidewalk and vomited potatoes all over the green grass.

In Aliens & Anorexia, Chris Kraus makes an argument for what anorexia – the refusal to consume food – might be, if we move beyond its individualized and narcissistic definition. She crafts an argument that defines food as an obvious product of our current culture, and the refusal to keep it down, to incorporate it into our body, as a refusal to be fed some variation of exploitation – be that of the land, or of other people.

Almost 4 months into coronavirus regulations, having navigated a partial lockdown and a gradual opening up, we could state that the outcome of the corona wave has been trauma inducing. But I personally think that what we have lived through is actually a grand reveal of the real source of trauma. While COVID-19 triggered an acute trauma, the actual complex trauma has been the one caused by our faulty economic systems, a trauma only visible once life as we knew it got interrupted. And with that discovery, it’s now a matter of learning what to do next.

As I fished myself off of the pavement next to Eerste van Swindenstraat, the words of Sonya Renee Taylor echoed in my mind:

"We will not go back to normal. Normal never was. Our pre-corona existence was not normal other than we normalised greed, inequity, exhaustion, depletion, extraction… we should not long to return, my friends, we are being given the opportunity to stitch a new garment. One that fits all of humanity and nature." (Source) 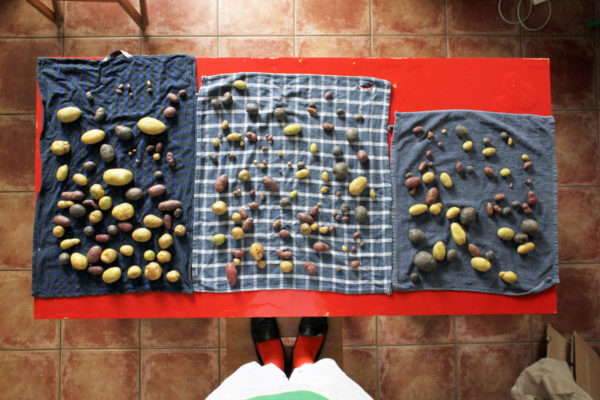 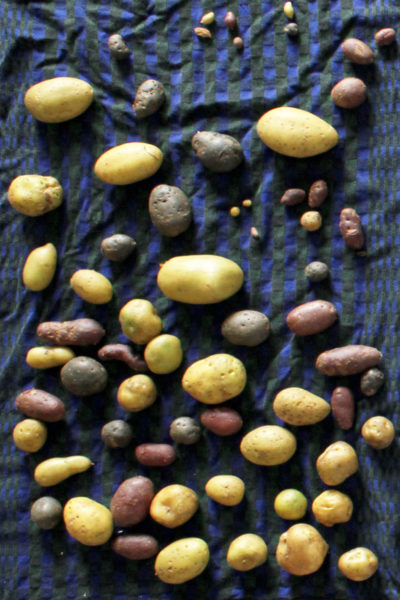 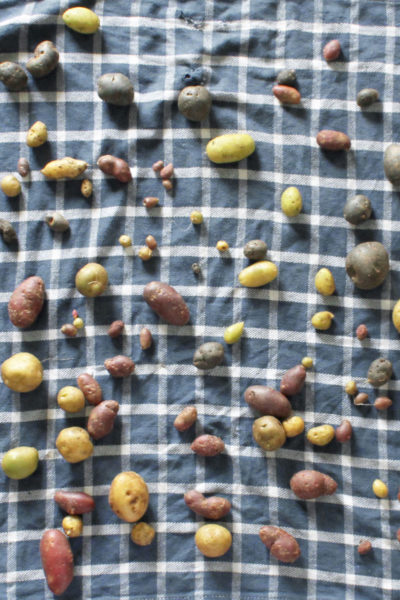 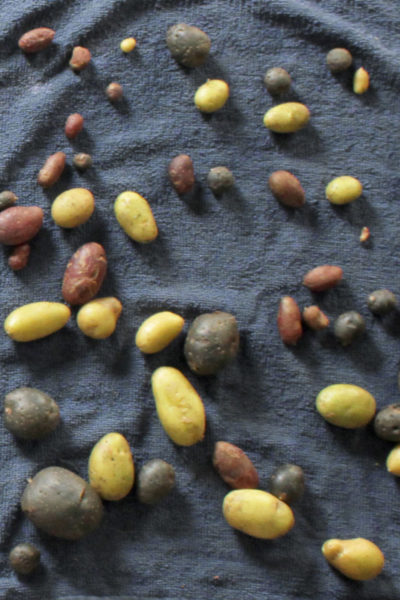