I spent the whole day yesterday crying this deep cry that I’ve been holding inside of me for the past two months.

I felt like an enormous child. I couldn’t help myself. This sort of bodily cleansing and mental stop felt like: equal parts sadness, equal parts lack of perspective and equal parts frustration at how change seems to be both happening and stalling. At how we want to go back to normal despite normal having failed us and instead of digging our way out of this, we make these wide ranges of movements that are only allowing the ground to swallow us up further. And by we, I mean me. But I’m certain that I’m not alone in this. These days are some variation of quicksand.

In what follows I´ll attempt to dig myself out of it by trying to define what it is that I´ve been doing over the past few weeks while living and writing these texts about social distancing, shopping and housing, in relation to what might be expected of me as an artist.

And to do that I´ll start by trying to define what a “practice” is. We artists all tend to have an “art practice”, don´t we?

According to the first result on Google “practice” can be defined in three different ways:

1.the actual application or use of an idea, belief, or method, as opposed to theories relating to it.

2.the customary, habitual, or expected procedure or way of doing of something.

3.repeated exercise in or performance of an activity or skill so as to acquire or maintain proficiency in it.

While recently discussing the field of "social practice", a subcategory within the arts and one which is very close to my way of making, embedded as I usually am into dialoguing with institutions, questioning labor relations and working to make collaboratively, I got confronted with the following statement, from a young artist that dipped her toes into the social and came back exhausted:

“(The project) was a lot of work to maintain. We really did social work. It was almost overshadowing my own practice.”

In this I believe the quote´s author referred to the second definition above:

Practice as "the customary, habitual, or expected procedure or way of doing of something.”

You see, within the art field, despite its infinite discussion of freedom, there are certain ways in which things are done. Rigid ways. Artworks look in a certain way, exhibition spaces take certain shapes, publics behave according to prescribed modes. Contemporary art is pretty much an embodiment of the phrase that was used in 1964 by United States Supreme Court Justice Potter Stewart to describe his threshold test for obscenity in the Jacobellis v. Ohio case: "I know it when I see it.”

This is why, when confronted with working on a project which is steeped in the “social”, most young artists tend to experience a deadlock. They come up with those all too often encountered questions: Am I still an artist if I dedicate my time to issues that relate to the social? While I´m meaningfully socially engaging with a community am I doing this from the position of the artist or simply of community member?

In short: but is it art?

And I come to this question and I stumbled across this dilemma even more so due to our current predicament, stuck as we are in our homes, gradually opening up to the world again, having abandoned exhibition spaces for online conference rooms and viewing rooms, studio time for home time, talks with curators for talks with family and friends, live gigs for simply trying to stay afloat, clay and MDF for sourdough and seedlings.

On March 18th a terribly poetic essay entitled “The year I stopped making art” surfaced online. It was written by Paul Maheke and argued for solidarity with the arts in times of need, solidarity with artists in general, otherwise, they’ll end up quitting their profession.

"The year I stopped making art, it was before COVID-19. It didn’t take a global pandemic to end my career. I just didn’t manage to pay my tax return on time. It was 2019 and I had a bike accident on one of my shifts when I delivered food to people’s door. The year I stopped making art, it didn’t take for the wealthiest parts of the world to go in total lockdown, to be made redundant from the arts industry.”

The sentiment was echoed in political positioning in Dutch society:

"The House of Representatives is deeply concerned about freelancers in the cultural sector who are out of work due to the corona crisis. The House fears that they will be forced to do something else.”

The comment came after 300 million Euros were announced as an initial support package for the arts, meant to go primarily to larger institutions like the Rijksmuseum, Van Gogh Museum and the Concertgebouw, from where these funds were somehow expected to trickle down to individual freelancers within the cultural sector. The package, clearly too small to cover the needs of the sector and bridge over months of unpaid assignments, strangely distributed to already very well-endowed institutions, was felt to not be the type of support that could help artists. Therefore, the artists would switch professions.

And it wouldn’t have been that far off to make such a statement. Notices of people that had lost a couple of gigs and therefore were completely reconsidering their standpoint whether they wanted to be artists, had popped up in my feed a couple of weeks into the quarantine in the rush of not knowing how long this crisis will last and what long term impact it will have.

But let’s take a moment now and get back to “practice", the first and third definitions:

1.The actual application or use of an idea, belief, or method, as opposed to theories relating to it.

3. Repeated exercise in or performance of an activity or skill so as to acquire or maintain proficiency in it.

If one is to limit an "art practice" to the “I know it when I see it” kind of art, then one might be excused for proclaiming that they can no longer carry on making as they used to before the crisis. Conditions have changed. But we change with them. And what good is it to constantly try to reinvent a field as we’ve been striving with the art field if we end up bailing at the first real sign of a challenge?

What we must do is to truly allow our practices to mean applying an idea, belief, or method and repeatedly exercising that. And if we do that, then it doesn´t matter where the idea springs from or what shape it takes or where it´s displayed, or even if it´s displayed at all.

The coronavirus crisis is a challenge to our very sociality. From the individual body right through to the collective body, and in many cases the body of the nation concerning other nations. This crisis is a chance to reconsider what priorities look like, what relationships should be, how we should make and for what purpose, to reconsider the true potential of what art can be. At the end of all this, and through it, what should we bring with us and become proficient in through repetition, now that the world has been put on pause and will start anew?

In other words, if you’re not forced to make for a particular market, what would you make? If you’re not pushed into deadlines what would your practice produce? If you’re not asked to attend openings and live lectures, how would you socialize around art instead? What kind of artist do you really want to be and what kind of art do you want to make if you´re being personally honest? Is there room within art practices for thinking smaller scale, thinking humbly, thinking while respecting the environment we´re embedded in, thinking in different media, and relating differently to space and to other people?

So, in that framework in times of challenge an art practice doesn’t disappear, rather it shifts, it mutates, it turns into new things one can become proficient in and share with the world. Artists shape their practices as mirrors of themselves and in relation to the world. And this act of sharing and this act of opening up is a wonderfully vulnerable way of emphasizing something other than infinite growth, and of disregarding the worry that there are gaps in our CV´s, and 5 hours spent daily in gardens tending to plants and 24-hour bread making sessions, or time spent fundraising for domestic workers and advocating for housing as a human right, of days spent playing video games, or in Instagram DM´s exchanging pictures of loved ones and building relations that will last long after this crisis is over, or simply hours upon hours of staring into space for no good reason whatsoever since making and non-making are both facets of what forms us as artists and they both allow us to engage and be a part of the world, meshed up in its folds, following its rhythm.

I spent the past three days ignoring all of my obligations, refusing to respond to emails, refusing to engage in dialogue, failing to grasp the present. I spent yesterday with red eyes, walking around without a particular goal. I´ll spend tomorrow refusing to pick up my phone, watching the rain, considering what job to take up during the summer to pay rent.

None of that, however, makes me any less of an artist.

This piece concludes two months of reflections on the quarantine. But the series does not end here. A new chapter in it will follow and this chapter will be focused towards the upcoming opening up - of institutions, of the economy, of artistic practices, and also of the city of Amsterdam in particular. 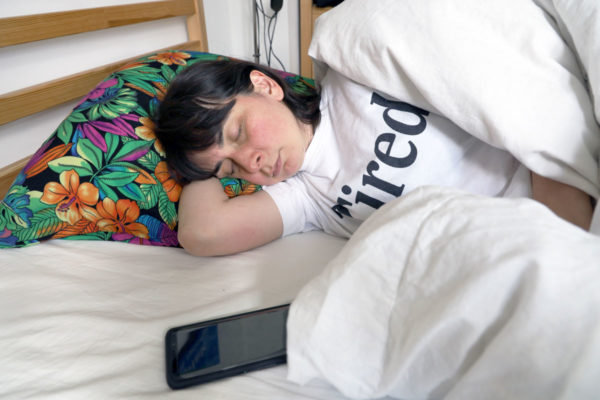 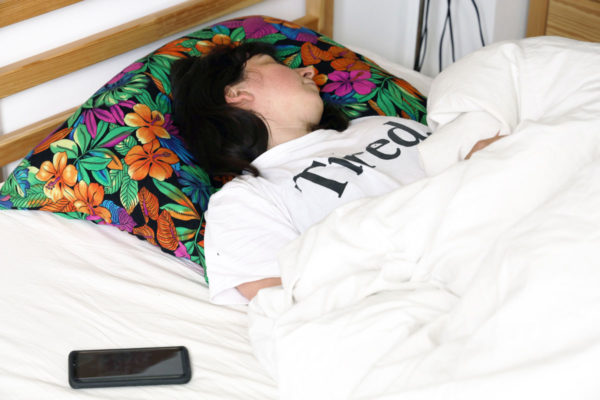 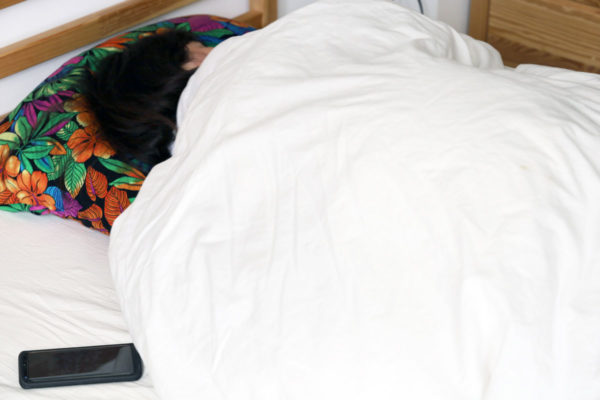 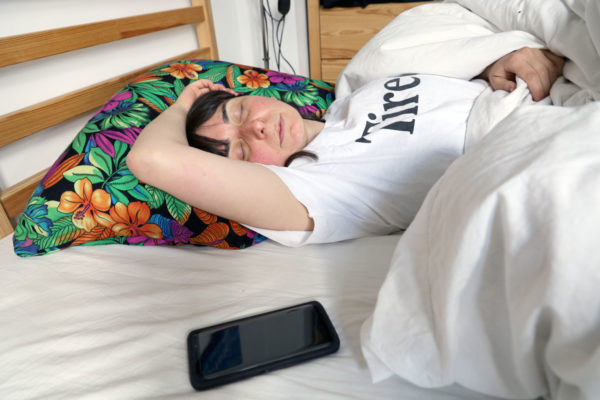