I go out for a walk in the neighborhood, navigate the pavement next to polite strangers, lay down in a swing in an empty playground, take out my phone and film my feet reaching for the sky. I post the clip online and get an immediate reaction:

“Go back inside, you punk!”

The bar for anarchy has been radically lowered.

It´s one of those situations in which some basic math lessons would come in handy. But I remember nothing. I used to read novels under my bench for much of my young adulthood, signaling not necessarily my future literary endeavors as much as the constant radical reorganizing of the educational system in my country of origin, which put my teachers´ heads into a spin and made me want to drop out.

But, yes, some math would come in handy! If only to say that if I’m infected with COVID-19 and I meet another person, and both I and that other person meet two other people which then meet two other people each and so on… this will result in a matter of weeks, subsequently months, without any preventative measures, in hospitals at overcapacity, morgues at overcapacity, cemeteries at overcapacity… A range of those with sensitive immune systems and of the aging, incapacitated or dead. A normal way of being which turns into an exercise in unspeakable violence.

Meanwhile, this has been largely slowed down. Looking at a world map, different degrees of limitations are now applied from country to country, after the initial skepticism that can be in retrospect attributed to some form of presumed western superiority. Right now the word ‘exponential’ applies with some caveats. Though we did have our: “This could never happen to us!” – moment. But not everything is closed. Travelling is still possible, even now and at a slower pace, within Schengen and outside of it. I still get daily notices in my native language group for people going either to or from Romania and to or from the Netherlands. But it´s mostly advised not to take to the road or to the skies.

As of today,  April 2nd, there’s an updated notification from the National Public Health Institute in Romania. A color-based list of countries based on the severity of the spread of cases has been drafted. The following countries are the red zone (most dangerous):

All people entering Romania from any of these countries will be set in institutional quarantine for 14 days. Countries from less dangerous zones only warrant at-home quarantine.

In countries such as Slovakia, institutional quarantine has already been in place since two weeks ago. I have a friend who will soon be completing her quarantine and who told of her ordeal, while trying to reach her family on the other end, before being isolated away from them. As you’re reading this, she’s already been reunited with them, but to get there she had to forgo direct human contact for 14 days. There’s no more brutal reminder of the reality of borders than needing to request to be repatriated to your native country during a pandemic and thinking you might not be. Of course, she was. But there’s nothing more striking than the need for family and having the state deny your access to them. And it´s a lesson that will hopefully stay with many that have been broken apart temporarily since this is the reality of millions of refugees worldwide. It´s a reality that doesn’t have to be bodily experienced to be transcended. A simple effort of empathy would help instead.

We’ve been told mid-March in the Netherlands to stay the fuck home. But it was less of an imposition than a tango. It was also the first time many of us learned the term “herd immunity”. Some of the neoliberally entrenched countries (US, UK, the Netherlands and surprisingly Sweden), decided to take the initial approach of letting as much of their population catch the virus as they could, sacrificing along the way some people, ensuring the young and not immune-compromised also get it and gradually making sure we build nice and sturdy anti-bodies. I mean, assuming that is even possible in the case of COVID-19. But the whole "herd immunity" thing, (we´ll leave Sweden aside for a second, since they’re still holding on to it) only lasted about a week or so before the severity of the situation made itself seen and statements like: "I shook hands with everybody,” made by UK´s prime minister Boris Johnson, turned from matter of fact to tragi-comedy when they were followed by a coronavirus diagnosis.

Nevertheless, the directives flying out of Dutch parliament, have still been rather confusing. They went something like: “Don’t go out, but if you do, visit your friends only three at a time. Don’t socialize, but definitely do if you’re a child since we cannot stop you anyway, though maybe not in too large of a group, and remember to wash your hands after. Don’t gather in public space, but it´s OK to crowd the supermarkets until it isn’t any longer. Go outside, but don’t congregate in groups of larger than 100, make that no larger than 3. Funerals and weddings are the exceptions, with an imposed limit of 30 people.” I honestly wonder how good COVID-19 is with numbers!

The only thing that was loud and clear was the interpersonal distance: “Keep 1,5 meter from one another, unless you’re a family of sorts and already share bodily fluids and are quarantining together.” The problem, though, is that we have little awareness of distance, so those 1,5 meter needed to be illustrated and gave birth to quite a lot of inventive ways of navigating public space. Among those: plastic inflatable balls, reality distortion fields made out of plastic piping and measuring tape as the new accessory of choice.

The number of bodies occupying public space in Amsterdam has indeed decreased since the quarantine restrictions, but this has nothing to do with the locals staying the fuck home. In fact, the majority of locals overnight discovered the need to jog, go to the beach and have picnics, in a surprising twist of fate, since Dutch weather turned tropical and the sun started shining every damned day since the imposed quarantine. No, what’s responsible for the decrease in crowding is the lack of tourists. Amsterdam is home to over 800.000 residents, but its tourist intake yearly is of 20 million. Now, for the first time in a long time, Amsterdam is, as some posters scattered last year throughout the center decrying gentrification said: for the Amsterdammers. Only there’s no celebration accompanying the current state of things.

But one can walk through Dam square, right down its middle, and be unbothered by crowds, living statues, and traffic. I haven’t been there in three weeks and the thought of it seems otherworldly. There’s a live stream though. A camera placed on top of the hotel facing the royal palace pans left and right, zooms in and out of the square. Through it, individual bodies still navigate space. You can easily count the bikes parked next to the Bijenkorf, (4), and count the people on bikes heading towards Waterlooplein. The only crowd still there… a group of pigeons. There are garbage cars and cleaners, some guards, and there’s little to no foot traffic.

The choreography of this pandemic varies from country to country and the whole globe is an extra in this gigantic production. In Amsterdam, there’s a tendency towards minimalism. In Bucharest, the tendency shifts towards militarism, since tanks have been brought into the street alongside police and megaphones blare at those already inside to stay the fuck there, like in some surreal disaster movie.

Those that still can, navigate public space aware of the power and the fragility of their bodies. Both I and my partner have taken to the habit of moving to the other side of the sidewalk or even to the nearby bike path when we see another person walking towards us, ensuring an approximate 1,5 meter distance. But due to the sheer rudeness of the act, he always feels the need to greet the other person as if to say: “I’m actually not stepping away from you in disgust.” The gesture is many times reciprocated. And with it, Amsterdam has never felt more like a village. Since it´s in villages that everybody knows everybody and greetings in public space abound. And while the joy of recognition is just that, joy, we have all never felt more careful in relation. This has never felt more like a constructed situation. Something the Situationists International would have drafted up in the spirit of their original manifesto. Which prompts me, after coming home from my subversive walk to type "Report on the Construction of Situations” into my browser and focus on the first paragraph.

"First, we believe that the world must be changed. We desire the most liberatory possible change of the society and the life in which we find ourselves confined. We know that such change is possible by means of pertinent actions.” (Source)

And what action is more relevant now than slowing down?

We’re told our reduced activity has changed the way the Earth moves so that change is real:

“(In Belgium) Researchers who study Earth’s movement are reporting a drop in seismic noise — the hum of vibrations in the planet’s crust — that could be the result of transport networks and other human activities being shut down." (Source)

By evening we push past 1 million coronavirus cases, only our non-actions slow down the push.

Constrained, suppressed, directed, it helps to remember that we’re all in this together and the reason why we submit is because of love for one another, even if we don´t know each other and can´t greet each other while walking down the street. 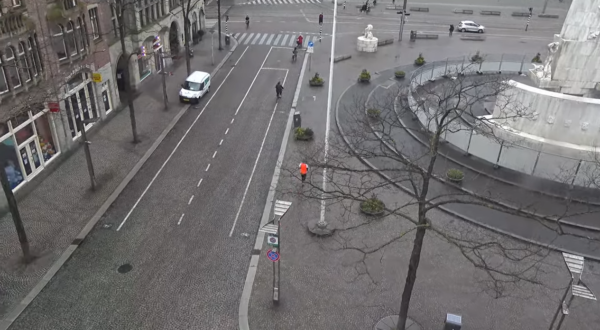 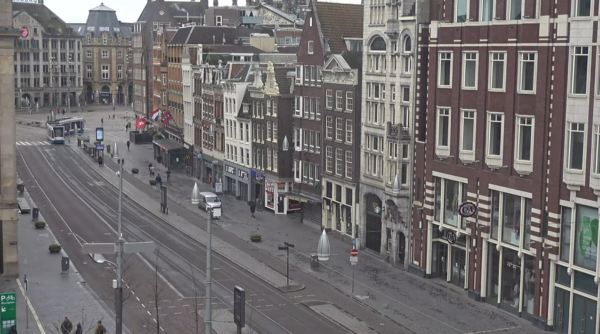 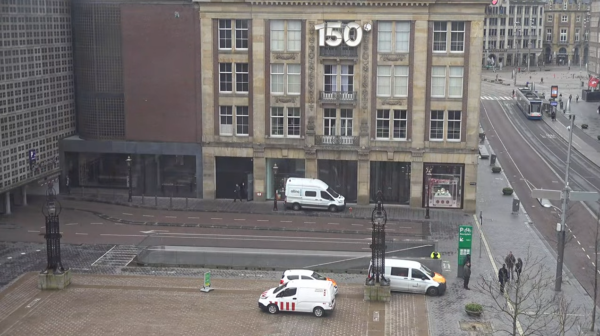 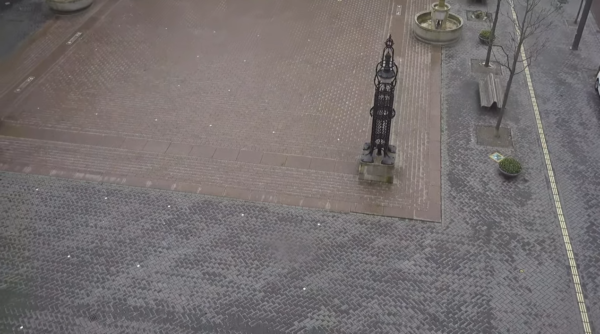 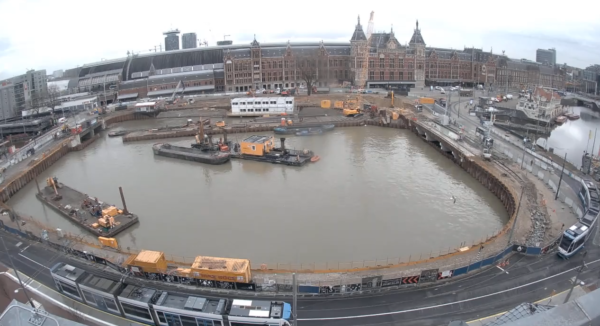