Tuning In – the neighborhood. Tao G. Vrhovec Sambolec in collaboration with DNK Ensemble

Tuning In – the neighborhood

Tuning In – the neighborhood, part of Social Capital #2. Amsterdam-West is a sound event, a gathering and an open invitation to participate in the ritual of musical tuning in public space. The event involves a simple instruction score laid out on the ground of Pesthuislaan inviting musicians, inhabitants and the public to play a single note “a” and to tune to each other over the period of one hour. While the musicians are positioned in a public outdoor area, the inhabitants tune in from the windows of their homes and studios.

Tuning In – the neighborhood explores the possibility of unsettling the division between private and public space, performer and listener, intimacy and publicness. The event focuses on the ritual of musical tuning as formative act where through gathering, synchronization, playing and listening to each other, a temporary community comes into being.

Setting this ritual in the heart of the WG-terrein as artistic and social gesture that is being hosted by the WG community, and inviting the inhabitants to participate from their homes and studios, the event stages a public action in both public and private spaces simultaneously, amplifying the presence of the existing community and celebrating the idea of mutual hosting. Drawing on transgressive nature of sound the event culminates in establishing a threshold zone that is neither entirely public nor exclusively private, but that emerges as an ambiance in which one always already contains the other.

Tuning In – the neighborhood is an iteration of the project Tuning In (2011) by Tao G. Vrhovec Sambolec. The present version of the project is created in collaboration with DNK Ensemble and the inhabitants of the Woon en Werk Vereniging WG-terrein, on the occasion of Social Capital, a project organized by TAAK and LIMA, Amsterdam. A previous version of Tuning In was conceived at Dirty Ear Forum - fourth edition in Ljubljana, Slovenia, 2015.

The event is on Friday May 24, from 19.00 to 20.00 in the Pesthuislaan. After the event, everyone is invited for soup and bread at Bar Budapest, also located at the Pesthuislaan (cash only).

Tuning In – the neighbourhood is part of Social Capital #2 Amsterdam-West.

Tao G. Vrhovec Sambolec (SI/NL) is an Amsterdam-based artist and researcher with a particular focus in sound, new media, real-time interaction, and questions of contemporary mediation in relation to the sense of (bodily) presence. His recent work consists of spatial and sound installations, events and interventions, where (un)mediated sonic events act as central element that affectively evokes human bodily presence, while signaling its physical absence. Addressing the visitors through sound, tactility, kinetic movement and vibration, such experiential artistic works ultimately intend to question in what way human bodily presence can be felt and sensedbeyond the directness of visuality and vicinity, and further, what kind of new poetics these re-articulations can form.His works have been presented internationally at various museums, galleries, project spaces and contemporary art biennales and festivals. He earned his PhD in Artistic Research from Faculty of Fine Art at University in Bergen, Norway, where he was the recipient of Norwegian Artistic Research Fellowship (2013 – 2016). He is currently the recipient of Mondriaan Fund Stipendium for Established Artists, The Netherlands (2018 – 2022). In 2017 he took part in Research Pavilion at the 57th Venice Biennale.In 2010 his work was awarded at Ars Electronica Festival in Linz – Austria.

DNK-ensemble's working method is based on a collaborative composition process where different performative, musical, textual and visual material is thrown into a melting pot made up of mutable timeframes and spatial and aural dynamics. By arranging in time and space, equating sound, object and action and letting go of the singular compositional ego, the material can be influenced by the collaboration with new logics being discovered in the dynamic of the pack.

Besides producing original work, the DNK-ensemble aims to re-install revolutionary but somewhat forgotten sound art and performance works that have shifted perception of performance and music as such. Past performances of the DNK-ensemble include works by Cornelius Cardew, David Dunn, Anthony McCall, Dick Raaijmakers, Antoine Beuger and David Tudor. 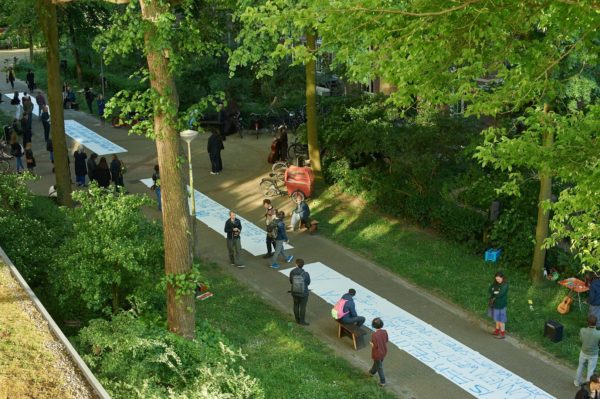 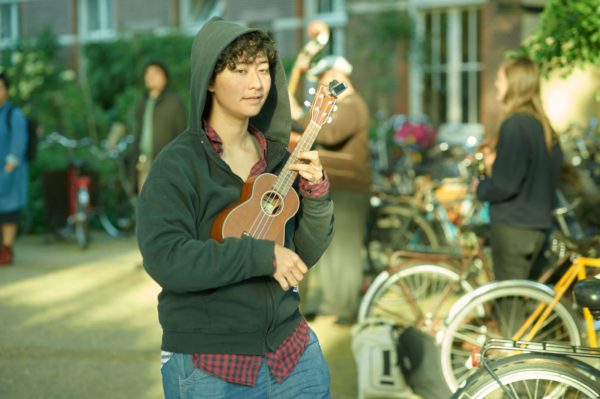 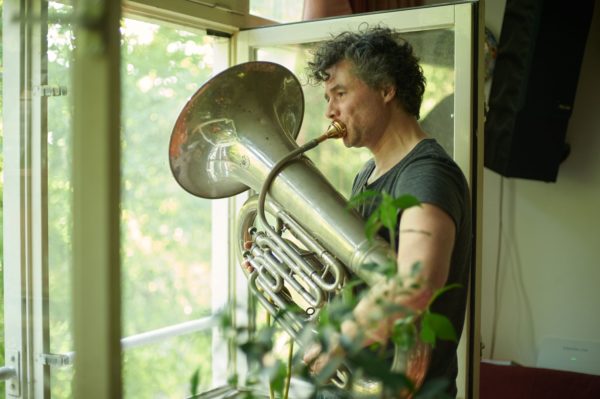 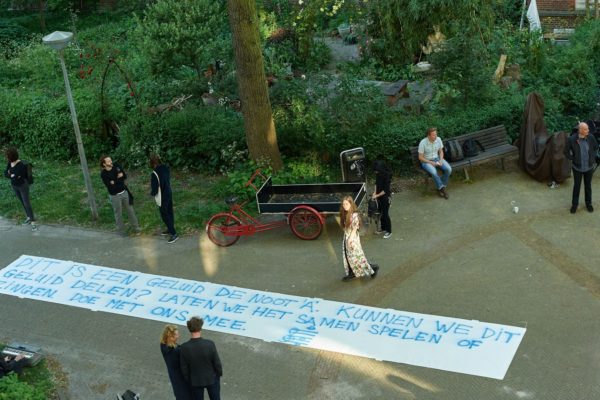 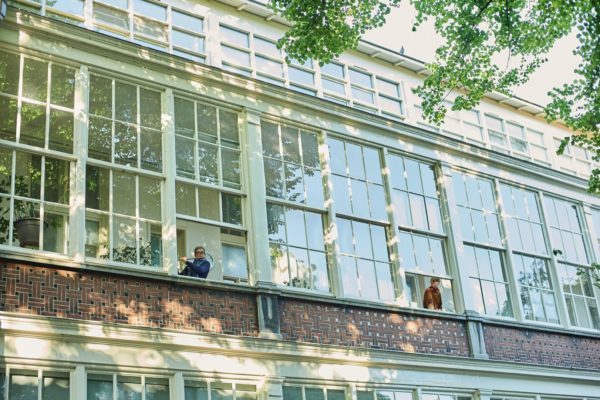 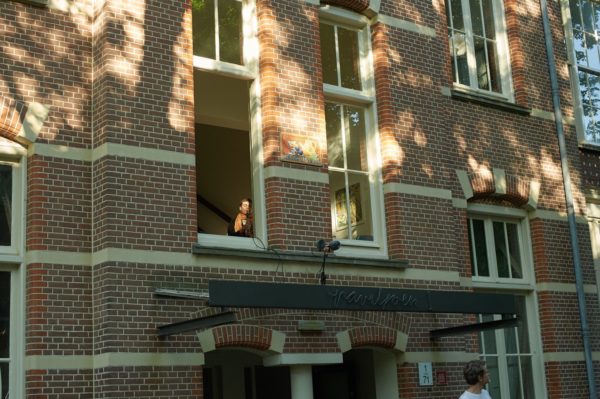 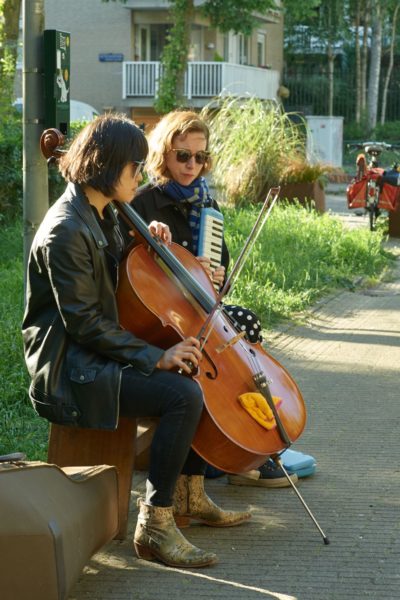 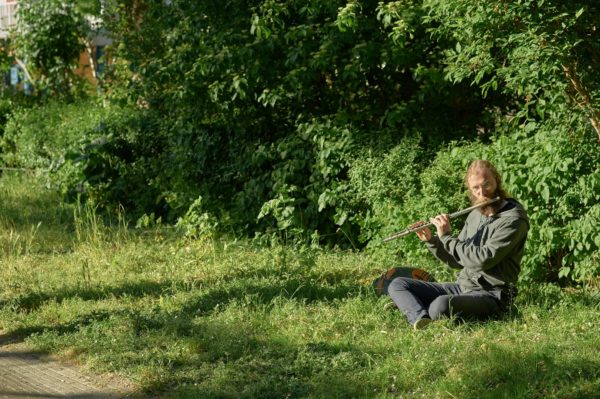