As part of The Commons Project, some 'Vacancy Safaris' will be organized in the Toren van Oud in The Hague in June and July.

The Toren van Oud is the first skyscraper built in The Hague and is designed by architect JJP Oud. Did you know that this building is actually a camouflaged power station? The Vacancy Safari is an idea of designer Henriette Waal. There will be some spatial interventions by Christiaan Bakker, who focuses on temporary use of vacant premises.

The Vacancy Safari is part of The Commons Project. The main goal of this project is to develop ideas for a new public function of the tower with local residents and other interested people.

The safaris are organized on: 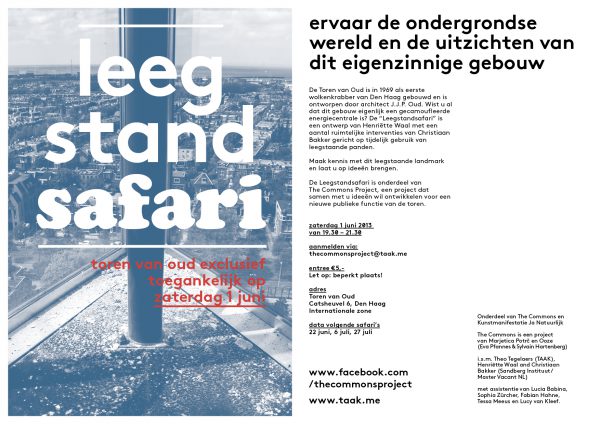