The rivier, boot, stad project by the Scottish-Danish artist Edward Clydesdale Thomson started in September. For six months, a fifteen-meter-long tjalk is being built in a Dordrecht shipyard. The project comes to a peak in the spring of 2021, when the ship will pave a way through the streets of the Hofkwartier, from the Dordrechts Museum to the Hof van Nederland.

Edward Clydesdale Thomson
In the coming year, Thomson will work on a unique art project in Dordrecht. The Dordrechts Museum asked three artists for a proposal to give the (walking) route in the Hofkwartier an artistic character. The plan of artist Edward Clydesdale Thomson was chosen, who is inspired by the unique history of Dordrecht as a trading city on the water. Preparations started this month.

For six months, he builds a tjalk after a historical example in his temporary studio in the former DordtYart. The tjalk will be pulled in the spring, blackened, through the streets and alleys of the Hofkwartier. The route leads from the garden of the Dordrechts Museum to the courtyard of the Hof van Nederland. The ship disintegrates in a controlled manner and leaves traces that form the basis for permanent works of art that visually connect the two monuments.

Within art commissions, artists are often asked to depict facets of the cultural history of a place. Thomson adds an extra question with rivier, boot, stad: how can citizens not only feel involved in their city's history but add a chapter themselves?

Thuredrith
Dordrecht originated on the river Thuredrith. This river was so shallow that ships had to be dragged through it with manpower. Dordrecht was a place between the inland waterways and the open sea and therefore became, among other things, a center for the trade in timber, which reached the city in the form of rafts made of bundled logs. Shipbuilding also flourished, and it continues to do so in this region. Thomson ties in with this history.

Together
An important element of the project is the participation of as many people from Dordrecht as possible, from all society layers. As a volunteer, you can help with the construction, led by a professional (boat) builder in collaboration with various social organizations in the city. As part of a team (think of neighborhoods, families, associations, offices, etc.), you can help move the tjalk further. And as a visitor, you can witness the project during construction and implementation. The shared experience and the emergence of a new "urban legend" are central. The project aims to recognize the diversity of the people who contribute to society in 2020/2021 and its never-solidifying identity.

For more information on the work of Edward Clydesdale Thomson, please click here and keep an eye on TAAK's website for upcoming events. 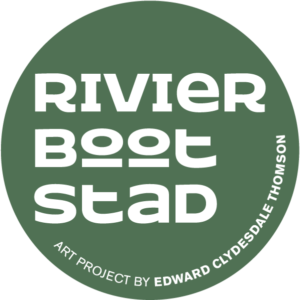 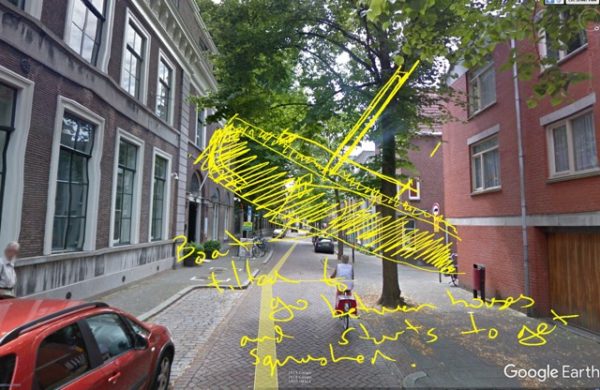