A multifold dramaturgy of exhibitions, performances and a boat trip to imaginary islands

Heterotropics is a research and curatorial project initiated by Sara Giannini. Consisting of artistic interventions in different locations in Amsterdam, the project investigates the immaterial and material remnants of colonial desire and exotic projection, looking at and performing imagined geographies. Arising from the linguistic intimacy between “trope" and “tropic”, Heterotropics is a fictitious concept relating language, space and collective imagery.

The launch event of Heterotropics invites you to a one-day performance trip in the Orient of Amsterdam, across a space of otherness and projection known as the Indische Buurt (‘Indies Neighborhood’).

Named after the geographical concepts of the former Dutch East Indies –today’s Indonesia– the Indische Buurt was built at the beginning of the 20th century, when the Dutch colonial empire was still in place. Street names like Balistraat or Javastraat create projected lines of desire between ‘here’ and ‘elsewhere’. They are the remainders of colonial displacement. These names may be arrived together with objects, animals and spices on board the VOC ships and got trapped here, in a false place, to seduce our imagination.

For Heterotropics#1 the psycho-geography of the Indische Buurt is twisted into an escapist stage. The audience is invited to be a voyeur and wander through dreamy images, historical oxymora and semiotic fetishism. Different interventions by Alex2000 & Pauline Curnier Jardin, David Bernstein & Jokūbas Čižikas and Jacopo Miliani will compose an itinerant event that unfolds the raveling of language, simulacra, voyeurism and voyage.

The Indische Buurt bears witness to guilty pleasures and triggers the construction of a fantasy world that is forgetful of its history. Heterotropics#1 enters and stretches even further the breath of this imagination embracing and exposing its contradictions.

Connecting private and public spaces, as well as blending physical and mental dimensions, the event aims to tackle the uncanny links between exoticism and exhibiting, eroticism and collecting. Whereas the exhibition Open Eyes/Open House by Alex2000 and Pauline Curnier Jardin denudes the eroticism of gazing in a domestic and private context, the open-air dance performance The Parrot conceived by Jacopo Miliani is a mirage of language as an impossible possession but also as a recursive déjà-vu that possesses us. The story-telling tour So Far We Safari by David Bernstein and Jokūbas Čižikas will instead mimic the fiction of safari expeditions and get you on a boat trip between imaginary islands, connecting both literally and geographically ‘departing’ to ‘collecting’.

Heterotropics#1 is kindly supported by Stadseel Oost and realized in collaboration with De Meevart, TAAK and Museum Perron Oost. 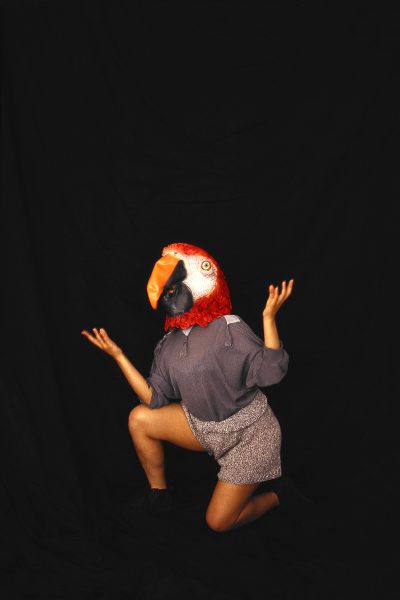 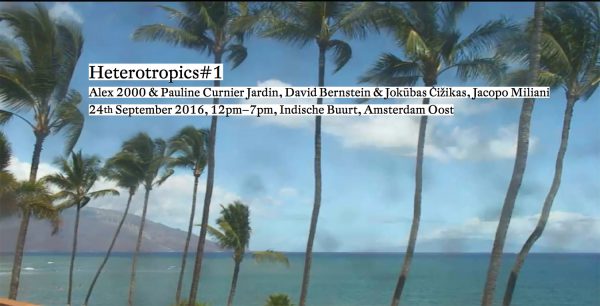 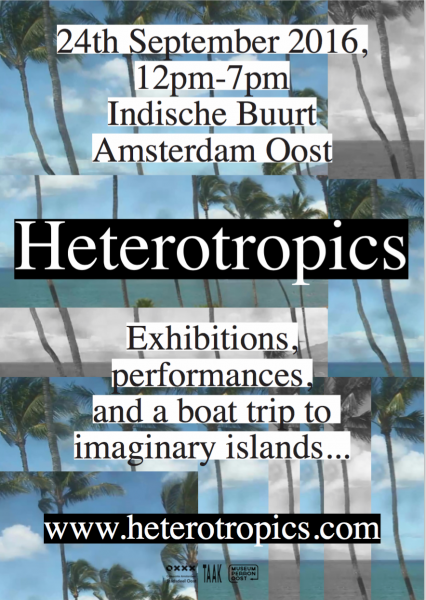