the office of alina lupu · Our New Normal Day 44 - Housing. The Home.

April 27th marks an important Dutch anniversary - Kings Day. Usually a citywide celebration, which closes streets to traffic in order to open them up to small time commerce. This year, due to the coronavirus, the celebration has been moved online and it has been titled “Woningsdag” (“Residential day”). As if to say we’re all supposed to be isolating, staying home, limiting our trips.
A bit daft if you ask me. The newly titled holiday seems to be forgetting that there are some for which there is no home, or for which home is unstable, precarious, on the verge of vanishing.

I have a home. I get to stay home. I’m even falling into a daily routine. I’m forgetting what started it all. I’m forgetting the rush. I’m forgetting the anxiety. Almost every day I get up early. I get dressed. I run around the neighborhood once or twice, to the limits of my stamina. I shower, then simply wander around the home. I do the dishes - there are so many dishes! I cook, I tend to the garden and try to understand impermanence. I’m on a fucking rental contract and my income is nowhere near reassuring, but I nevertheless build with the future in mind planting flowers that are meant to bloom in August.
I do all this because I can. I do all this because I have a roof over my head even if it’s one that I don’t own.

On April 6th, Massih Hutak aptly asked in the newspaper Het Parool: “Why do we still pay rent?”
Citing the mantra that we’ve all been chanting over the past weeks which says that “we’re all in this together”, but if there is indeed a “we”, he asked: “aren’t landlords and housing corporations’ part of this concept?” If the “we” that lose their ability to do their jobs cannot pay rent, why would the “we” of property owners which exploit their homes not renounce their profits? Why would they still be paid when we are not? Why would we go into debt, supporting what has become an unattainably high-priced rental market?

How much of your income can you set aside for your rent?
What if, let’s say, a pandemic hits tomorrow and you have no source of income for the next half year, or longer? How would you handle things then?

593 Euros and 2 cents.
The cost of a room to live in Broedplaats Lely. Lely has a potential of 47 living spaces and 30 workspaces, as its webpage advertises. It´s home to young artists and arts spaces such as STEIM and De Appel. It´s one of 19 buildings managed by Urban Resort, on behalf of the municipality of Amsterdam.
Let’s say a pandemic did come. You’d imagine that a place that manages a building full of artists, which are known for either being freelancers, supplementing their income with side jobs, or simply subsisting with the help of subsidies, and relying on the events business to function, in that particular type of configuration, and knowing the fragility of the city’s artistic life, you’d think you’d side with the artists and beg the municipality to look at their situation with a bit more understanding. But this is not the case. As the pandemic hit and the young artists of Lely, along with the institutions that occupy the building saw their incomes either affected or downright die off, a series of individual letters were sent off to the renters, addressing each separately and proposing payment plans. Each of the payment plans ignored the fact that for many of the artists this would imply going into debt, accumulating a few thousand Euros on top of their already precarious situation. The Broedplaats organizers didn’t side with the artists, but saw themselves rather as some unfortunate middle men and women, taking no responsibility for anything but the bottom line.

575 Euros
The cost of a student room via DUWO, an initiative meant to offer housing to students. At the beginning of the coronavirus restrictions a movement called Rent Strike Amsterdam was started in one of the student buildings handled by DUWO. Students gathered and proposed a freeze on rent. A collective letter was drafted and sent through.

150 Euros
The “administration costs” which are paid for anti-squat under an Eigen Haard contract. For a few weeks now the situation of Scan Ovich (Ehsan Fardjadniya) has been motivating a large group of art workers to put pressure on the housing corporation Eigen Haard. Scan initially ended up facing an eviction during the pandemic, with no possibility of relocating. His contract was a typical anti-squat contract, which denies any rights to a renter and which can be used by housing corporations to fill their properties with no regard for the situation of the tenant.
Fortunately, the pressure on Eigen Haard worked and Scan managed to resolve his status. He managed to get stability, keep his home for now, and secure one for the future. This was further strengthened by the fact that March brought with it some good news in the form of a ban on evictions. It was declared that no person should be put on the street. Even less so in the case of a global emergency.

0 Euros
Nevertheless, even in the case of a pandemic, the situation of refugees in the city of Amsterdam doesn’t seem to be addressed. At the moment, groups of refugees are being hosted in a garage in Zuidoost, without hygienic facilities. Overall there is no 24-hour shelter. People are put on the streets during the day. It seems to be no priority to protect the health of the ones that have a low income or a precarious legal status.

4,1 %, 5,1%, 6,6%
The percentages with which, based on income, the rent will rise in 2020. There was a debate in Parliament about the yearly adjustment of rents based on inflation and politicians couldn’t see the point in foregoing an increase in rents this year. So, the increase in rents will go ahead as planned, as if this crisis never happened.

40,000
This is the number of people estimated to be homeless in the Netherlands, registered by the Central Bureau for Statistics at the end of 2019. A number which has doubled in the past 10 years. No substantial help has been offered to them in the form of stable shelter.

Meanwhile cities around the world realize there is something that can be done (Seattle, London, Berlin)

I’ve been experiencing an almost baffling sight. Down and down they go! The housing prices that keep crowding my social media feed have started to resemble the prices which I was used to 4 years back. They were still high then, but at least within reach. Somehow the market is regulating itself, since there seems to be no oversight from the government to put an end to the presumption of paying rent during a global emergency.

My feelings fluctuate as I read:

"15sqm Room Available (long term!) for a female aged 18-27 per May 1st! €474 per month, everything incl. (registration is possible)
Possibility to keep furniture from previous tenant. Common spaces in the apartment are shared with one other person (me, 28 y/o, Dutch, working in arts&culture)
Located near Delflandplein. Seeking someone urgently, possibility to visit safely keeping a 1,5m distance."

"Temporary cute room in Erasmuspark available asap (1-2 months, flexible dates)!
the price is 500 all incl. per month (I am paying 570 excl. bills but some of my stuff is still there as I am stuck abroad)"

"Cosy room in the West for a student
Hi! I'm looking for someone to take over my room from May 1st. It is located in Tourniairestraat, walking distance from train, metro and tram Station Lelylaan. The room is 490€, registration is possible.”

I was in a Zoom group videocall the other week and during check-in one of the young women talking about her situation started crying because she had to find a new place to live. This shit impacts us on such a darn deep personal level. Lack of shelter is such a fundamental problem. The rooms above have been made available not out of some natural movement of students graduating, or finding better places to live, but by the lack of funds to pay the rent during the pandemic. Some are short-term, others are for good. Some people hope for a recovery of their funds and only leave to be with their families, others know their situation has been compromised financially for the foreseeable future, so they simply have to let go.

I switch to a news tab and travel in the mind.

Animals around the world have started taking to the streets.
From dogs in New Delhi, to racoons in New York, to dear in London. And as they roam, the housing market in the Netherlands is experiencing a surge in houses for sale. A 15% increase in properties are flooding the market in Amsterdam and Utrecht.

Will this market tip over? Is it too soon to tell?

When are WE going to take to the streets?
1,5 meter distancing included.

Meanwhile the Parliament is debating. 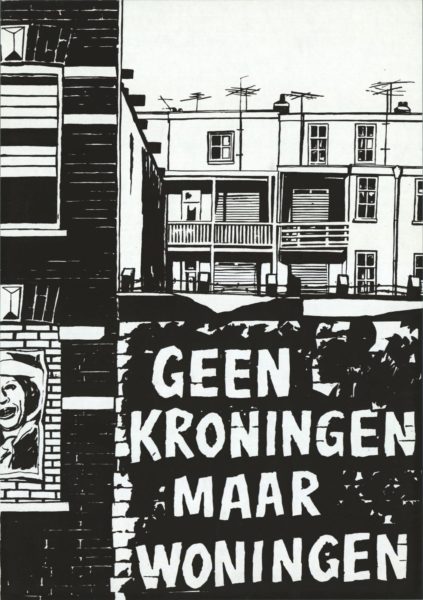 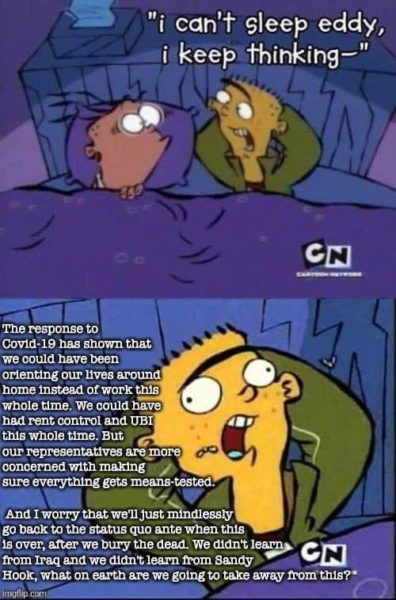 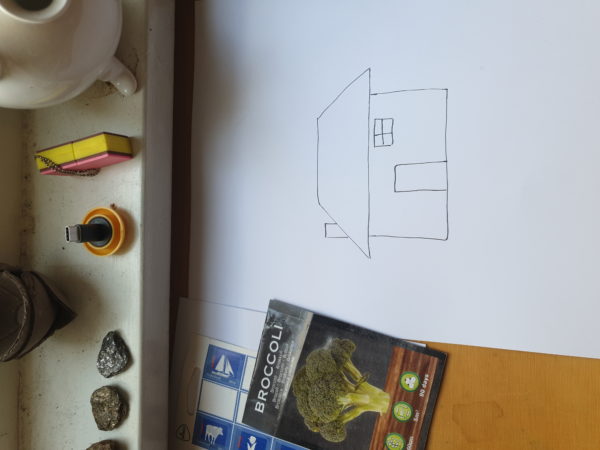 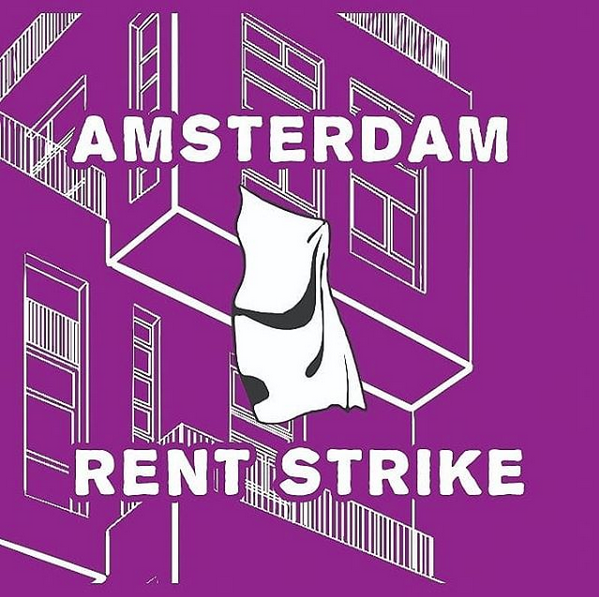