Build the Tower of Babel with us

This summer, TAAK and Stichting NDSM-werf are inviting Amsterdammers and local communities to join them in creating a large installation with urban stories and future visions on the wharf in Amsterdam North.

The project
Tower of Babel is an idea of artist Guido Van der Werve. With this concept he takes the Biblical story of the Tower of Babel as a starting point; in this story everyone spoke the same language and they baked stones to build a city with a tower that would reach to heaven. But God caused people to stop speaking the same language and scattered everyone around the world. Because people could no longer understand each other, the construction of the tower was never finished.

In contrast to the original story, the project on the NDSM wharf will be a kind of inverted Tower of Babel. An installation that shows polyphony within a society where many different beliefs and ideas stand next to and against each other. This project shows the diversity and the (cultural) wealth that lies within. In short, Tower of Babel symbolizes a city where there is room for everyone and everyone's ideas. For the Tower of Babel, individuals (v/m/x) and communities from different cultural, political, social, religious or professional backgrounds are therefore invited to share their ideas and make them visible within the installation. The project focuses on what their ideal city/tower should look like and what conditions it should meet. Do you want a green city, an equal city, a sweet city, or just an individualistic city? All suggestions are welcome.

Creative workshops
Tower of Babel will take shape as a special installation on the shipyard, which will be filled with stories of all Amsterdam residents who participate. Stichting NDSM-werf and TAAK invite professional creatives to give workshops on the wharf in which the stories of the participants will be central. Participating artists include storyteller and photographer Fouad Lakbir, design anthropologist Tina Lenz and fashion designer Perrine Philomeen. The workshops open the conversation about what everyone's ideal tower (or city) would look like. What values and ideals should be central? After that, participants express their ideas by, for example, writing, drawing, moving and photographing, depending on the worksop. All outcomes of the workshops will be presented at the construction site and will give shape to a small exhibition that will be open to the public for three weeks.

Do you want to join us?
Anyone can participate in one of the workshops and become part of the Tower of Babel project. The workshops will take place between mid August and the end of September at NDSM and participation is free.

Enthusiastic? You can sign up as a participant directly via this link, then we will keep you updated on the workshops you can participate in. If you would like to join with a group (gardeners, athletes, friends, neighbors) or if you have general questions, please email us at ewa.scheifes@ndsm.nl. If you want to know more about the content and artistic ambitions of the project, please contact curator Petra Heck at petra.heck@ndsm.nl. 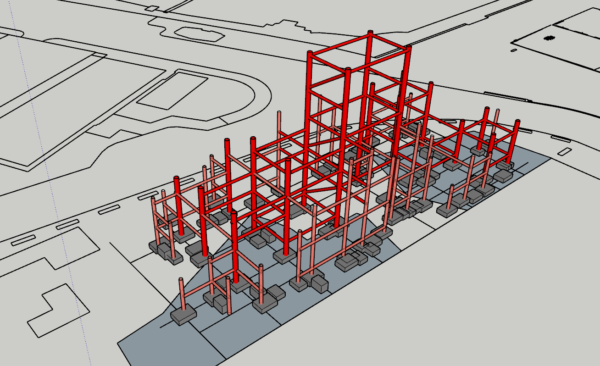