TAAK in collaboration with NDSM-werf, Nieuw Dakota and the André Volten Foundation

On March 16, the presentation Amsterdam Allegories by Alessandra Covini will open in Villa Volten. Alessandra Covini won the Prix de Rome Architecture 2018 with Amsterdam Allegories, a design proposal for the Sixhaven area in Amsterdam-Noord. The project, which was first shown at Het Nieuwe Instituut in Rotterdam, is now presented by TAAK in collaboration with NDSM-werf and the André Volten Foundation in the context of Amsterdam, it’s history and future as a Metropolis. The presentation is on view at Villa Volten in the gatehouse of the former Asterdorp until March 24.

With her proposal, Alessandra Covini responded to the fictional assignment, formulated by the jury, to come up with a meaningful and non-consumptive program for the Sixhaven area that could be significant both for the city and its residents. The plan is a proposal that turns Sixhaven into a walled harbor in which 21 islands provide space for passing visitors. 'For Sixhaven, we tried to create public spaces that are both familiar and alienating. Everyone is challenged to step outside his or her comfort zone in their encounter with the 'unknown', not only with unknown groups of people, but also with other animals, plants, minerals or smells,' says Covini about the project.

Each island is different. There is a shore of rubble, inhabited by a crane gardener; a shore of sand, made with the soil displaced by the IJ-tunnel; a black shore, floating embassy to the coal mountains of the port downstream; a sunken orangerie, where citruses grow year long; a floating turkish bath, heated by the collective effort of seven independent fires; a collection of perches for migratory birds to nest and rest, visible from afar like the masts of sailing boats, challenging the human understanding of territory and three pastoral islands inhabited by sheep, herded by boat from one island to the next, as they transform grasslands into lawns.

These new forms of public space evolve into activity, discovery and transformation. The ensemble of architectural and scenic performances, elaborated in a large model, forms a physical and conceptual vocabulary with which new rituals and forms of gathering are facilitated.

TAAK has initiated to bring Amsterdam Allegories to Amsterdam-Noord in the context of Social Capital. Social Capital is the multi-year art program in which TAAK invites artists to reflect critically on the rapidly changing city by making new connections between past, present and future in collaboration with local networks. The exhibition is the prelude to an exploration of the possibilities of actually realizing some context-specific islands of Amsterdam Allegories with these and / or other partners at locations to be determined on the banks of the IJ in Amsterdam-Noord.

On Sunday, March 17 at 12.00 Alessandra Covini and Giovanni Belloti from Studio Ossidiana will give an artist talk in Villa Volten titled Twenty One Islands for Amsterdam’s future. During this talk, they will elaborate on their practice with a focus on Amsterdam Allegories, the vision behind the project and the islands, their connection to the past, present and future of the city, and a reflection on new types of public spaces.

Villa Volten, located in the Poortgebouw of the former Asterdorp is the place where artist André Volten (1925-2002) lived and worked. The André Volten Foundation manages Volten’s legacy and keeps his ideas alive in relation to the history and the recent urban developments of the area. The Foundation also works in cooperation with artists and partners. 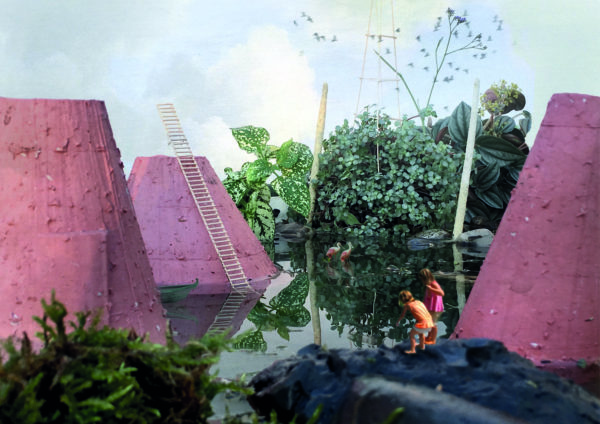 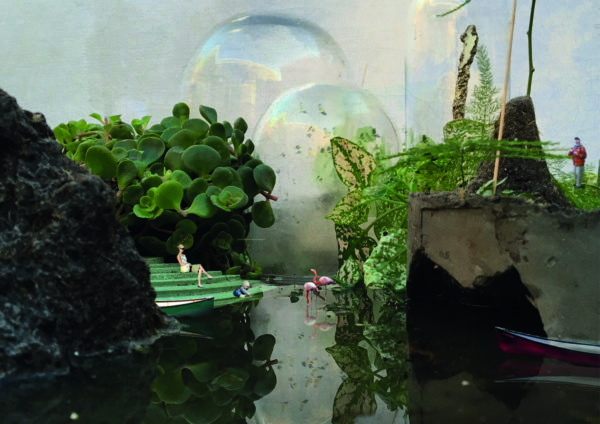 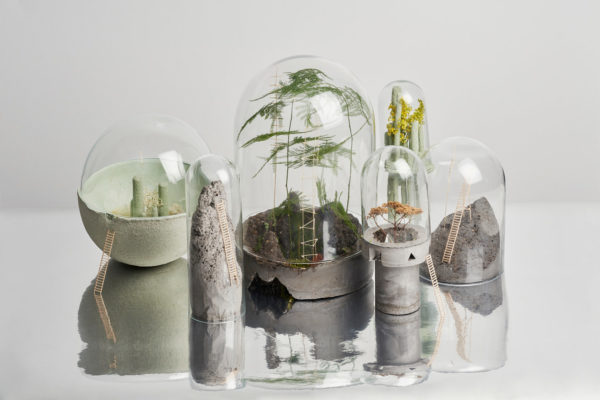