Launching Common In: about commons and art

A project by Commons Network and TAAK

What does commoning feel like? How can we make the story of the commons a livable experience instead of a written recommendation in a policy report or blog post? These questions are at the core of Common In: an open manifestation on the crossroads of commons and art, which - for now - takes place from October 2021 to April 2022.

Common In was initiated by Commons Network: a collaboratory for the social and ecological transition. For a long time, they have been telling the story of the commons. But they've done it mainly through reports, in presentations and by writing blogs. Two years ago, they asked themselves how they could convey the story and questions of the commons in a way that's more appealing to a broader audience. The answer - experimental as it is - lies on the intersection of commons and art.

This is where a fruitful collaboration between Commons Network and TAAK began. Over the past months, TAAK and Commons Network dug deep into the world of commons and art and discovered a whole section of artist and art practices relating to the commons.

Common In brings together art works and artists that bring to life different aspects of the commons, and that invite people to question existing structures and experiment with new ones. We understand art in a social sense: it can create space from which to set society in motion.

Common In creates these pockets of space through interactive artworks, which are practical manifestations of the commons transitions. The different artworks stand alone, but they also work together, forming an ongoing story of change. We recommend that people visit several art works, as collectively they truly tell the story of the future.

You can, for example, join a performative process on the value of land in the city. You can cocreate the foundations of a so-called 'drop-in center for common uncertainties'. You can collectively steward an orchard or play a game about 'neo-kinship' and the 21st century social safety net.

We prefer the word participant over visitor, as people are invited to and shape the artistic practices that comprise Common In. The audience is participant in a process of collective imagination ánd conversation: we organize public conversations that build on the collective experience and art practices. Common In! 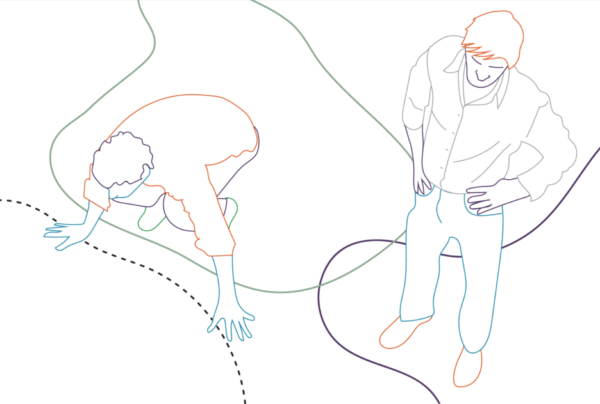