Festival about the state of democracy

At a time when the political landscape is subject to great change just after the Dutch elections, Frascati and de Appel arts centre are organising Stem terug! Vote Back! in collaboration with TAAK and the Sandberg Institute Amsterdam. For the whole month of October we are presenting a festival about the state of democracy and the role of the arts as a driving force for new ideas and ideals.

Just a few weeks after the elections on 12 September we will voice our questions about what has happened to our vote since that day. What remains of the campaign promises and positions adopted by political parties after the many negotiations to form a government? Are we, as citizens, really represented in this process? Or is it time to reclaim our vote? In the current media landscape can politics do any more than move between pragmatism, marketing politics and populism – you ask, we respond – or is it time for a radical turn? And last but not least: what is the role of the arts in this? Like politics, the cultural field is also blamed for losing social support. How can the arts be an engine for ideology and change?

Frascati and de Appel arts centre are inviting artists, 'theater companies, politicians, designers and media pundits to respond to these questions while the government is being formed. Stem terug! Vote Back! consists of performances, debates, documentaries, pamphlets, presentations, lectures, master classes and an exhibition.

Visit the website of de Appel for more information 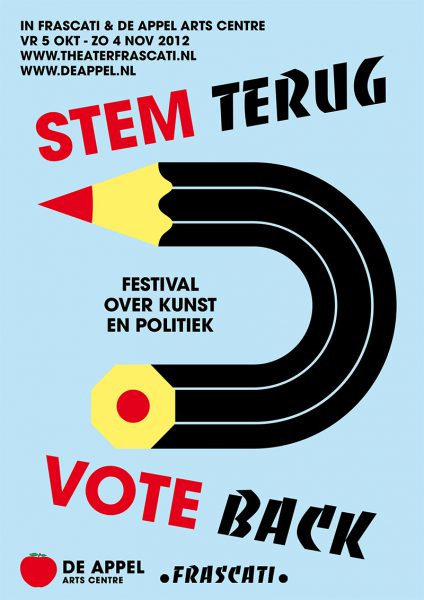 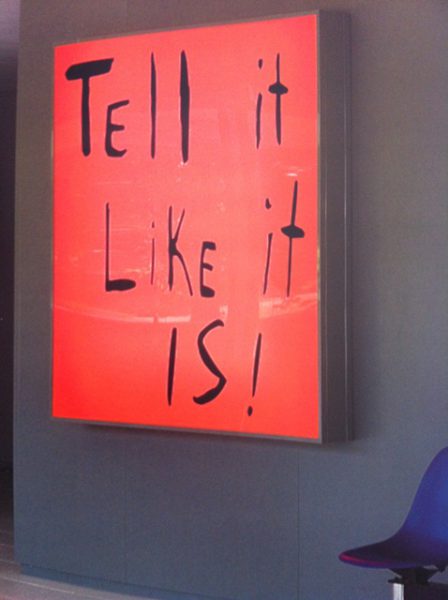 Sam Durant, Tell It Like It Is!, 2007. In opdracht van de Rijksgebouwendienst voor Openbaar Ministerie in Arnhem