After several interventions in hidden alleys and other unused places in the city last summer, Tussen-ruimte pops up in Amsterdam again at the 12th of March. Artists Charbel-joseph H. Boutros and Amie Dicke present their vision on ‘between space’, with new work that opens in Castrum Peregrini.

The Lebanese artist Charbel-joseph H. Boutros is often preoccupied with the idea of inaccessibility, his works attempts to melancholically give a form of presence to a permanent absence. For Tussen-ruimte Boutros presents ‘Night Light‘ in a closed alley next to the Syriac Orthodox Church, and at Castrum Peregrini. The word Light will be written in Syriac, a dead language. Darkness in another place on earth, will form the light in a hidden space in Amsterdam. In Castrum Peregrini the word Light is also illuminated, like a Siamese twin. It will be a light that is hidden and no one can see. This neon refers to the two bishops who were kidnapped in Syria in 2013. It also reflects on the history of Castrum Peregrini , a shelter for refugees during World War II. Charbel Boutros will elaborate on the work during the opening.

Amie Dicke sees Tussen-ruimte not only as a spatial intervention in the city, but mainly as a thought, an interval – which plays a central role in her work. In Castrum Peregrini Dicke is currently doing research for a longer time, with a grant by the Mondriaan Fonds, titled ‘Huis als Muze’. For Tussen-ruimte she’ll present a new installation. ‘To Keep’ reflects on the idea of between space, in which Dicke uses material and objects found in the studio of Gisèle d’ Ailly, who lived and worked  in the building along the Herengracht until her passing in 2013. During the opening Dicke will discuss the idea of ‘Zwischenraum’ in conversation with architect Jarrik Ouburg, one of the initiators of Tussen-ruimte.

‘Night Light’ will be illuminated until the 12th of April, and to ‘To Keep’ is on view until the 30th of March by appointment. 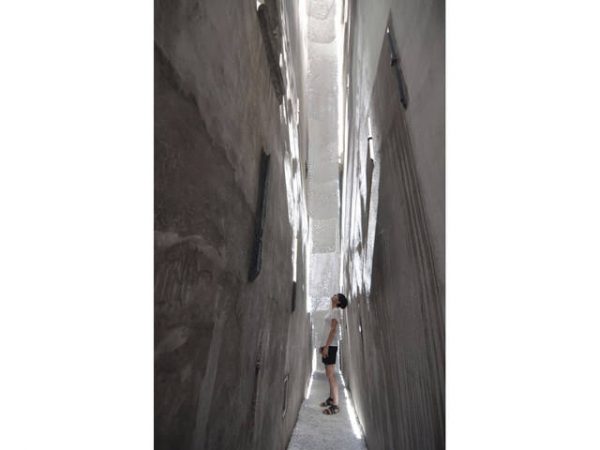 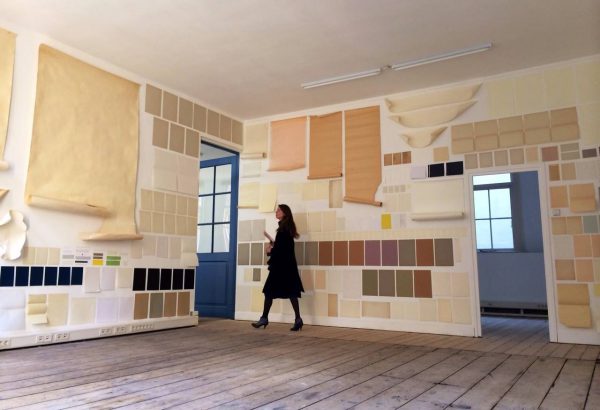 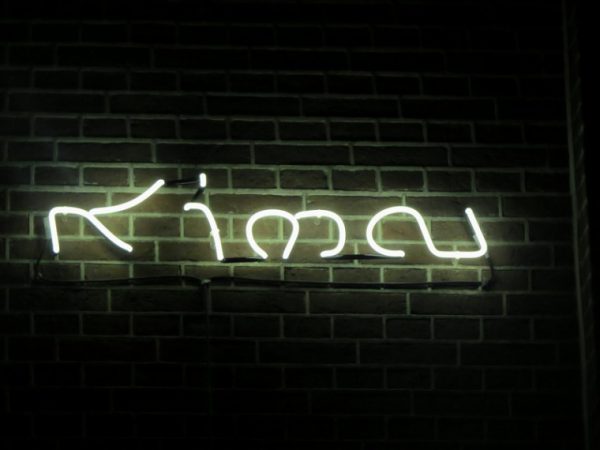 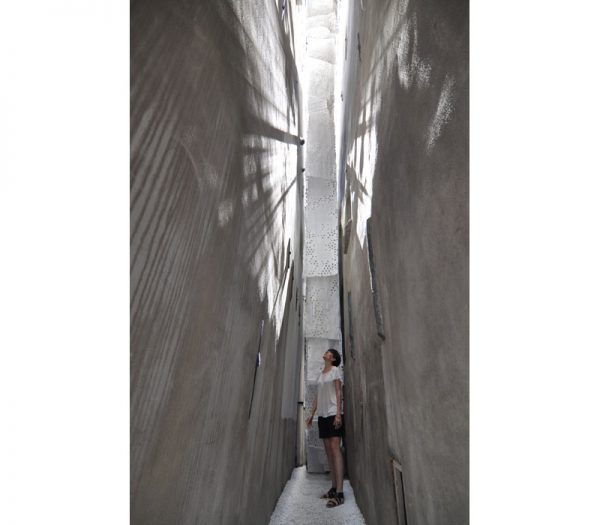