The municipality of Smallingerland commissioned TAAK to create four modern city markings for Drachten. In earlier times, city gates functioned as a demarcation of the city. Nowadays, the boundaries between the city and the countryside are less clear. With special city markings, Drachten wants to become recognizable once again and distinguish itself as an attractive destination.

TAAK wrote the artistic plan for the city markings under the title Bestemming Drachten. Central to the plan is the metaphor of the journey. If anything determined the reputation of Drachten, it is the enormous expansion that the city underwent during the 1950s and 60s. The arrival of the manufacturing industry follows in the footsteps of the craft center that Drachten used to be. The connections between local Drachten artists and the artistic avant-garde of DADA and De Stijl already planted the seeds for a receptivity to modernity and innovation. The true power of Drachten, however, does not lie in esteem for tradition or nostalgia for past times, but in the capacity to create new expectations and possibilities, and shape the city’s future collectively.

Drachten is on the move; from manufacturing industry to Smart Industry, sharing knowledge and experience of the development of innovative and sustainable solutions. But also, let’s explore Drachten, because there is much to discover. The art plan appeals to the sense of yearning and being on the road, typical of the traveller. Somewhat like one might have envisioned a modernist utopia, the artworks carry the audience towards the future and imagine a new destination for Drachten.

Location West: De Tussendiepen occupies a special position in the plan. This partly unused, adventurous industrial area will be home to various new cultural and recreational spots. Bestemming Drachten contributes to the development of this area with a cultural programme in collaboration with local, creative, and entrepreneurial spirits. In the fall of 2017, audiences from Drachten could join Expeditie Tussendiepen, an adventurous journey from the centre of Drachten to De Westkop at De Tussendiepen.

From 28 June until 7 October 2018, the exhibition Bestemming Drachten 2018 took place at De Tussendiepen. In the same year, the artwork by Frank Koolen for location Oost was delivered.

Read the full plan on: www.bestemmingdrachten.nl 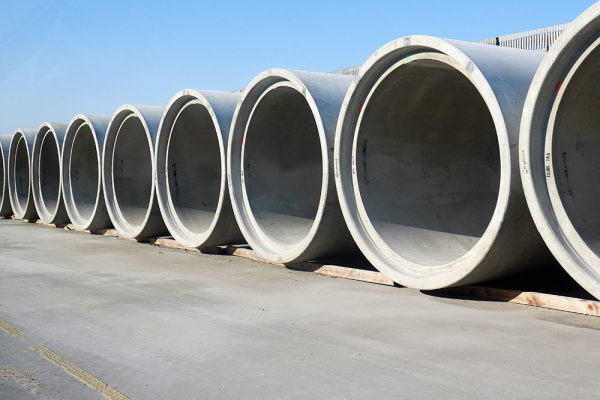 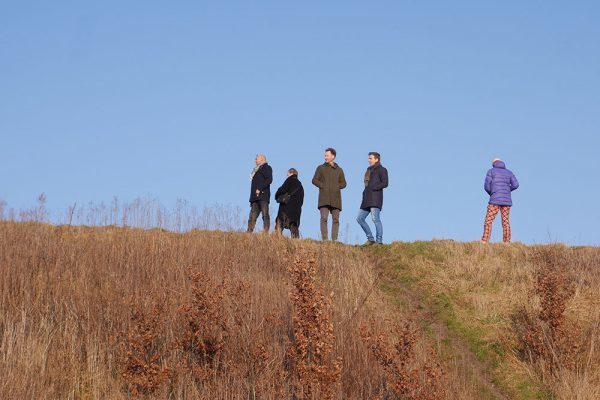 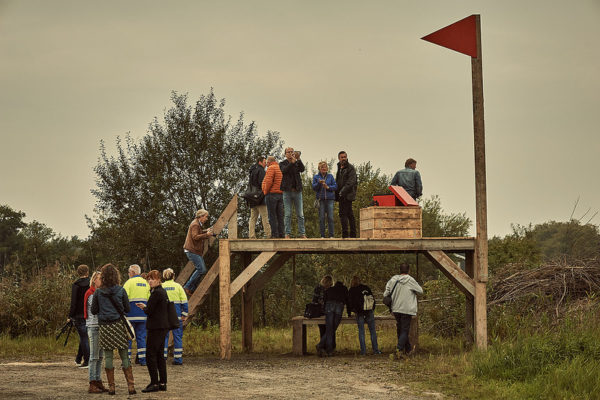